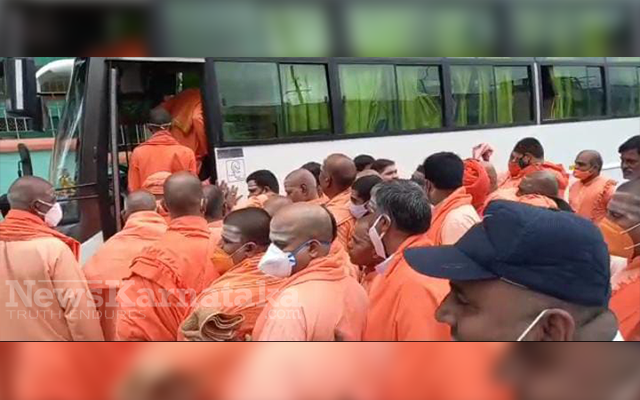 Mysuru: With Cheif Minister B. S. Yediyurappa’s continuation as CM shrouded with uncertainity, various pontiffs across the State are lending their support to BSY.

While, Yediyurappa has stated that he will abide by the BJP high command’s decision, as many as 70 pontiffs of Mysuru-Chamarajnagar region have extended their support to BSY. On Thursday July 22, they left Mysuru to meet BSY and it is reported that they will put enough pressure on BJP high command not to replace Yediyurappa.

The pontiffs are expected to meet BSY on Friday July 23. The issue of replacing Yediyurappa has been a matter of debate over a week. Even it is said that the party is in search of an alternative leader. However, the high command’s decision on July 26 is likely to end all the speculations whether BSY will continue to remain as CM or not.