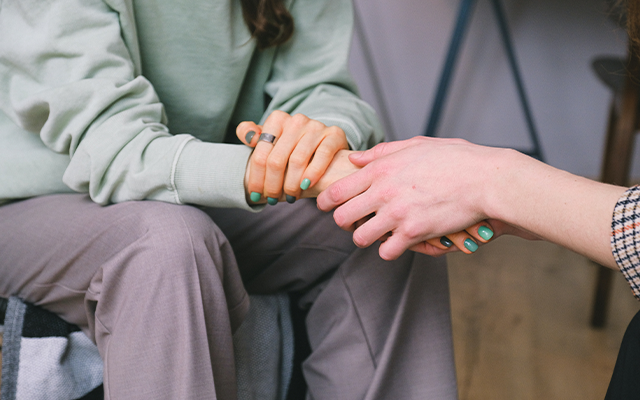 “Mental illness is nothing to be ashamed of, but stigma and bias shame us all.” -Bill Clinton

Mental health and mental health illnesses have been a taboo since ages, and all it has resulted in, is an ever-increasing number of people with mental health problems, most of whom don’t know about their condition, and the rest with decreased access to professional help. The World Health Organization defines mental health as “a state of well-being in which an individual realises his or her own abilities, can cope with the normal stresses of life, can work productively and is able to make a contribution to his or her community.”

Mental health is influenced by multiple dimensions and is essential for our abilities to think, feel, communicate, and much more. Yet, mental health does not receive the significance assigned to physical health in the lives of the common people. Mental disorders contribute to around 11.8 per cent of overall burden of disease in India (Patel et al., 2011). But many of these frequently remain untreated, and some even turn toward unscientific help providers. It is estimated that only 10% of people with mental disorders are receiving evidence-based interventions (Murthy & Agarwal, 2004).

What is Stigma and Discrimination?

Stigma refers to a negative social attitude towards a person because of associated characteristics which is considered as a mental, physical, or social deficiency (APA). It is a manifestation of social disapproval, involving negative thoughts and feelings towards the person, and can ultimately lead to discrimination.

Public stigma refers to prejudice against the stigmatised group by the general public. Self-stigma reflects an internalisation of this negative view by the stigmatised individual. (Thara, Kamath & Kumar, 2003). This often involves an internalisation of the shame the individual may have regarding their own illness. Institutional stigma involves a systematic limiting of opportunities for the mentally ill, either intentionally or unintentionally, through policies.

Thus, stigma can range from feelings of shame and incompetence experienced by the individual, others wrongly considering the individual to be dangerous and unpredictable, to lower funding for research related to mental illnesses.

Discrimination is the behavioural component of prejudice and involves differential negative conduct towards members of a particular group. It is exhibited by negative, hostile, and sometimes, even injurious treatment of members of the rejected group (APA).

It may involve unfair treatment, harassment, humiliation or even agreements which put the person at an unfair disadvantage.

Causes of stigma and discrimination

Lack of awareness: A lack of knowledge regarding problems associated with mental health often leads people to believe existing stereotypes, and create a negative attitude towards it. They may also convey the misinformation to others.

Media: Media portrayals of people with mental health problems as criminal and disabled, and media reports linking mental illness with violence has created a lot of bias against them. Apart from this, improper or incorrect representations of mental health illnesses in popular media like movies furthers this bias and ignorance.

Consequences: Stigma and discrimination have a number of debilitating effects in the lives of people with mental health problems. These include;

People of other marginalised social and ethnic groups suffering from mental health problems have to deal with added stigma due to their gender, race, ethnicity, etc.

As such, those with mental health issues suffer a great deal in finding and remaining in a job, being in a steady and long-term relationship and being an active member of the mainstream society. The social stigma and discrimination makes someone’s mental health issues worse, impeding their recovery and delaying their access to help, trapping them in a vicious cycle of illness.

The ‘treatment gap’ between the number of people suffering from mental illnesses and the people seeking professional help for it, occurs as a result of poor coverage of services, as well as lower utilisation of the services by the community (Murthy, 2011).

Stigma motivates families to contain the affected individual at home in an effort to conceal the condition and the wrongly attributed ‘shameful’ causes of the condition, which range from misdeeds to black magic. This obstructs help-seeking and delays access to care. Stigma also leads to ‘informal help-seeking’ such as traditional medicine, or visits to religious practitioners like faith healers, and astrologers, who often lack knowledge necessary for proper treatment. Other barriers to seeking mental health care, like the need to handle the problem by oneself, low perceived necessity for care, may also be influenced by stigma (Clement et al., 2012).

The anticipation of the negative consequences of stigma, like social judgement and rejection, deters individuals from disclosing their mental health problems to close others, and they may even mask their symptoms, hampering opportunities to seek help.

According to research, young people are more negatively affected in help-seeking than adults due to the public stigma associated with mental health problems. Other population groups disproportionately impacted due to stigma include ethnic minorities, men, military personnel and those in the health professions (Clement et al., 2014).

Stigma and discrimination both act as a serious impediment in mental health service utilisation. According to Corrigan et al., 2001, it leads to;

Stigma and discrimination have debilitating effects on a mentally ill individual’s social and personal life, exacerbating their problems. The high prevalence of stigma and discrimination against people with mental health problems, and the deeply negative consequences it has on treatment seeking, adherence and effectiveness, makes it a pressing public health concern (Venkatesh et al., 2015).

Empathy and effort at an individual, community, and organisational or governmental level is momentous in the fight against stigma toward mental health.

Understanding what having a mental illness is like, having empathy, educating the self and close others about mental health problems, encouraging equality, normalising mental health treatment, being mindful of the language used, being open-minded and avoiding labels, sharing personal experiences are all small steps toward a bigger goal of reducing stigma.

Governmental and organisational policies and programmes significant in challenging stigma and discrimination include the District Mental Health Program by the Ministry of Health and Family Welfare, anti-stigma interventions through lectures, training programs and social contact interventions, inclusion of mental health discussions in the educational curriculum, and formal legislations.

Mental health is an essential part of each individual’s overall well-being. Mental health problems can affect any person, and in no way is a consequence of his or her capabilities, strengths, or sins. Stigma and discrimination just serve to add more burden to the already heavy load affected individuals carry, causing them to stumble more and shy away from help. It is high time that we as individuals and a society learn to re-evaluate our long-standing misconceptions against mental health, and create environments which promote healing rather than hurting.

Shruthi, M P and Mariann Shine Ajith are currently pursuing their BSc Psychology degree from MCHP, MAHE, Manipal. Shruthi is passionate about reading, writing and dabble in art. She is curious to know more about human mind. Mariann adores travelling and keeps herself up to date with movies and TV shows.

Deepa Rasquinha is an Asst. Professor in Department of Clinical Psychology, MCHP, MAHE, Manipal. In her 17 years of experience she has been involved in teaching, counselling and research. She specializes in Gerontology. As an avid writer, she is being writing both in print and e media to create awareness about mental health through various topics.