In ‘I am Malala, the brave Malala tells the story of her life. The youngest Nobel Peace Prize winner is known for her campaign and fight to secure girls’ right to education. It is because of the courage to stand up and raise her voice against injustice and discrimination that she was able to scale such heights and contribute so much to the betterment of the world.

Another factor that helped her to do so was the unwavering support of her loving parents, especially her father, who campaigned for global peace, women’s rights and environmental protection. Her mother was also a strong woman. Though they were illiterate, they never objected to their daughter standing up for what she believed in. The story has been written in simple language and narrates various incidents that took place in Pakistan after partition in 1947.

The book offers more than just the story of a girl who stood up for the education of girls and was shot by the Taliban. The book narrates the story of many other heroes who worked hard for their motherland and its development.

Many great personalities such as Malala, her father, her grandfather, her teachers and doctors are getting the due recognition they deserve through this book. This book has left me inspired and I am sure it will definitely inspire you. 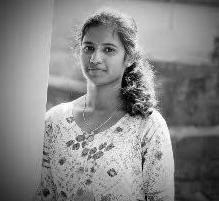