Directed by Clint Eastwood, written by Paul Haggis, and narrated by Morgan Freeman, Million Dollar Baby (2004) is the story of Maggie Fitzgerald (Hilary Swank) who is a hardworking waitress and aspires to be a professional boxer. She insists on being trained by Frankie Dunn (Clint Eastwood), an ageing fight trainer and owner of the Hit Pit, despite the fact that he says he doesn’t train girls. However, after some convincing from Eddie (Morgan Freeman), he agrees. 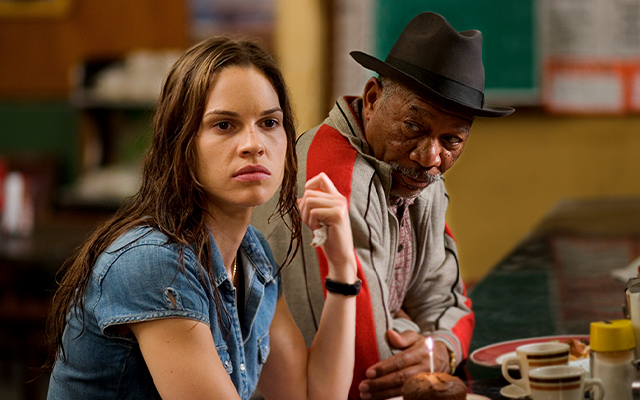 Eddie Dupris (Morgan Freeman), is an equally old former boxer who lost an eye in his final fight (with Frankie in his corner) and is now limited to the duty of gym janitor, is Frankie’s only friend and confidant. As a result, Frankie has earned a reputation for being too cautious when it comes to managing his fighters’ careers, and they often leave him for other managers when they are on the verge of success. Frankie is also alienated from his daughter.

Million Dollar Baby has plenty of plot after Frankie finally decides to work with Maggie.

Maggie proves to be a phenomenal fighter and with Frankie’s help, establishes a record of knockouts that quickly leads to a world title fight. Both of them are faced with horrible decisions as a result of that fight’s outcome. Maggie’s choice is heart-breaking yet it is understandable and appears to come naturally to her. Frankie’s decision is much more difficult. In the end, both Maggie and Frankie are happy with the choice they make. 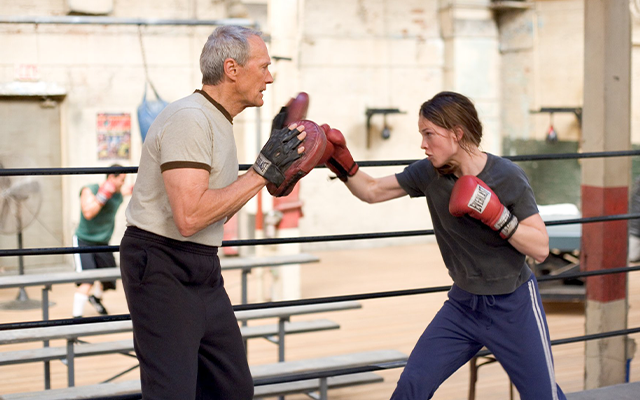 The final 45 minutes take a dramatic turn into a new dimension that both shocks and enthrals the audience. Hilary Swank offers an outstanding performance as Maggie Fitzgerald.

Eastwood creates the atmosphere through a dark palette, shadow and light contrasts, and a simple soundtrack. The film is Eastwood’s most musical film which has so much meaning and feeling that is communicated by shifts in pace and tonality. The variations in the dialogue scenes are exceedingly subtle as the three main characters play off one other with the subtlety and spontaneity of jazz musicians.

It’s a slow-paced tale but it’s always fascinating. The fight scenes are tense and violent. They have a rawness to them that makes them disturbing to watch, especially since it’s evident that Swank is doing all of her own fighting. They were shot with two cameras and are virtually unchoreographed. 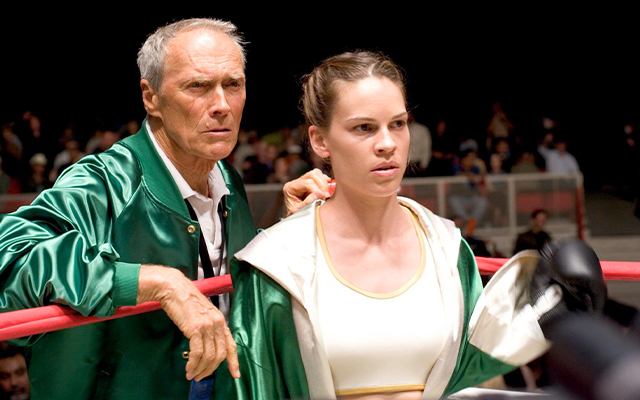 It indeed is one of the best films which came out in 2004 and there is no question why Million Dollar Baby was nominated for seven Academy Awards, winning four of them: Best Picture, Best Director, Best Actress, and Best Supporting Actor for Morgan Freeman.