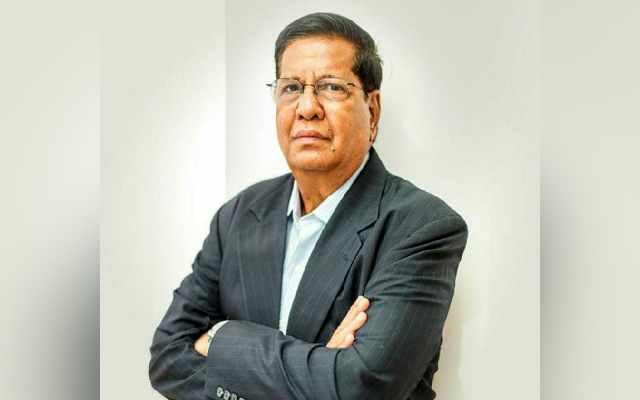 Mangaluru: The man who was responsible for giving employment to more than 2000 employees in Mangaluru, Diya Systems (Mangalore) Pvt. Ltd. Chief Executive Officer Dr. Ravichandran Venkataraman passed away in USA on Thursday November 11 (US)/Friday November 12 (India). He succumbed to brain cancer after fighting a valiant battle for last three years.

An entrepreneur and educator for several decades, Ravichandran started his career as a Professor at St. Philomena College, Puttur in 1970 and served at the Institution for nearly three decades before retiring in 1999.

After retirement, he got engaged into active Entrepreneurship and started several successful buisness ventures such as Publications and IT Companies. He was instrumental in founding and growth of several technological services and education companies in the long span of his career.

Having started Diya Systems in 2003 to provide services mainly in the BPO space, he went on to establish GlowTouch Technologies in 2004 to focus on software development services for mid market US and UK clients. He later played a key role in merging Diya Systems and GlowTouch Technologies as a single entity bringing about an amalgamation of key products and services.

Ravichandran oversaw the company’s expansive state-of-the-art development centre of 1500+ members in Mangaluru and management team. His progressive mindset made him an influential and well-respected personality in the organisation.

A kind man, he was also an active philanthropist, who believed in serving the underprivileged people of the society and empowering them with Education, Health Assistance, Employment Opportunities and other basic needs. With the same intent, he started GT Foundation in 2004 and got himself actively involved with the philanthropic services as a Managing Trustee of the Foundation. He was also Professor Emeritus of St. Philomena College, and member of the Rotary Club of Mangaluru since year 2000.