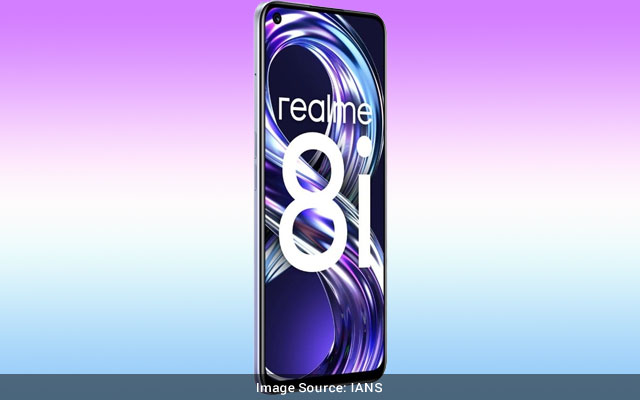 New Delhi: With the aim to woo the younger audience, fast-growing smartphone brand realme has recently come up with a new smartphone — realme 8i — in India, which was launched along with realme 8s 5G, for the upcoming festive season.

We used its 6GB+128GB storage variant for a while and here’s how it fared.

In terms of design, the smartphone looks beautiful in the space purple colour option. It is a cool gradient between deeper violet hues and silver glares. The plastic body has a metallic finish.

Single-handed use is possible with the phone weight of 194 grams.

A 6.6-inch display along with an impressive 120Hz refresh rate, is the first in this price range.

Meanwhile, the screen can go from 600 nits to 1 nit, with 1 nit being the lowest brightness level.

We did not face any issues when viewed from different angles under direct sunlight.

realme 8i is equipped with a triple camera setup featuring a 50MP primary camera with an f/1.8 aperture and two 2MP cameras with an f/2.4 aperture along with autofocus. There’s a 16MP selfie camera on the front.

In our usage, the photos clicked from the front and rear sensors did a decent job. It gives users a chance to have a realistic picture of what they want to capture — both during the day and at night.

realme 8i is the first smartphone in India to feature the MediaTek Helio G96 chipset. It is manufactured using a 12 nm process and has two large A75 cores and 6 small A55 cores. Its main frequency reaches up to 2.05GHz.

We noticed that the device is good for light gaming and it did not lag while multitasking.

As far as the storage is concerned, the 6GB+128GB variant was sufficient for our usage.

Conclusion: realme 8i is a cool phone that comes with an attractive price tag and specifications that not many other devices in the same segment bring to the table. The smartphone can surely woo a lot of younger people and it stands strong against the smartphones from other brands in the same price segment.