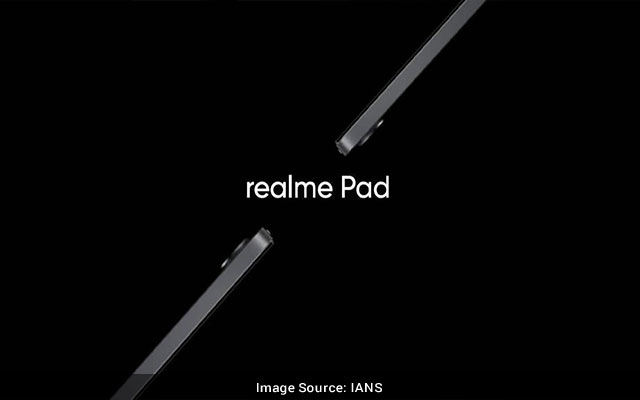 Beijing: realme is set to foray into the tablet market with the launch of the realme Pad and now the device has been spotted at Geekbench benchmarking site which revealed that the Pad will feature the Helio G80 chipset.

The listing further states that it has 4 GB of RAM, and it is loaded with Android 11. The OS is likely to be overlaid with the realme UI designed for tablets, reports GizmoChina.

Recent reports have revealed that the realme Pad measures 246 x 156 x 6.8mm and it houses a 10.4-inch AMOLED panel that offers a 60Hz refresh rate

The device may come with a single protruding camera on the back and the manufacturer’s name in the same magenta colour at the bottom right corner.

It may house a power button at the top (when in portrait mode) and on the right side is the volume rocker, two microphones, and what appears to be a tray for a MicroSD card.

The realme Pad is likely to arrive in Wi-Fi and Wi-Fi + LTE variants. The device will also come with four-speaker grilles, two at the top and two at the bottom, alongside the USB Type C slot and at the far left is a hole, which will most likely house the stylus.