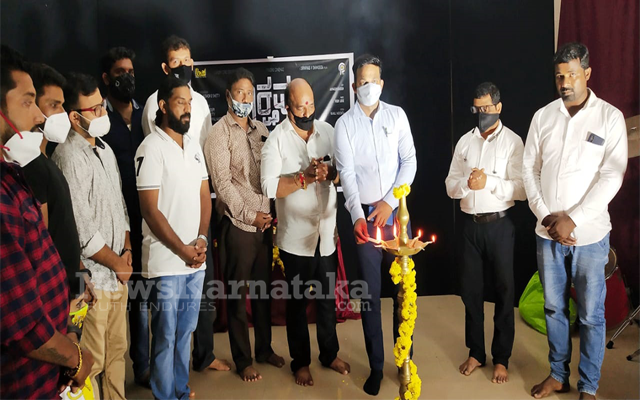 Mangaluru: Lakumi Cine Creations released the teaser of the Kannada film “Akshamya”, which is produced by Kishore D. Shetty at SDM Film Studio here in Malemar here on Wednesday September 8

The Lakumi Banner, which is always open to encourage young talent, has given a chance to a young director in this movie.

Prakash Shetty, who made his debut in the Tulu Film industry through the film ‘Namma Kudla’, has debuted in Sandalwood for the first time through this film.

Other artistes who have acted in the film are Latip Sanur, Suresh Manjeshwar, Rajesh Skylark, Vishwas Gurupura, Priyanka and others.

Ruby Jose has composed the music and background music for the film, while the young composer Rahul Vasishta has shown his finesse as a music composer. Tulsidas Manjeshwara, Manoj Ujire and Ganesh Rai have worked as Assistant Directors.