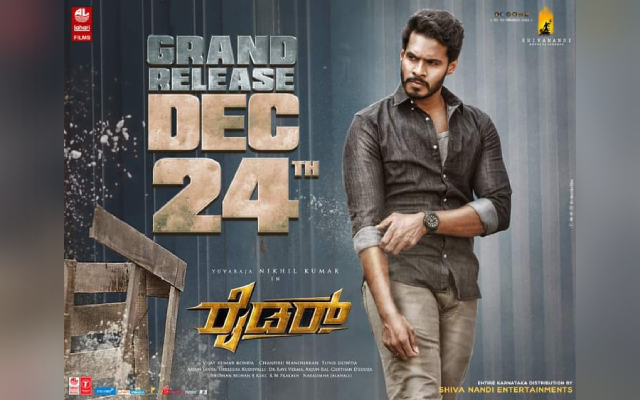 Bengaluru: Sampada Hulivana is all set to make a leap into big screen in Sandalwood after a short career on the small screen. She plays the second lead in her debut movie, Nikhil Kumaraswamy starrer, Rider.

She is happy to be sharing the screen with Nikhil and thinks that as she has a prominent role, the debut in this movie is a good move. The movie is directed by Vijay Kumar Konda, and is set for a December 24 release. Further, Sampada will also make Telugu debut with the Raj Tarun, Sandeep Madhav-starrer Mass Maharaju.

She was part of the serial, Mithuna Rashi, for just 10 months, and then quit to pursue her studies.