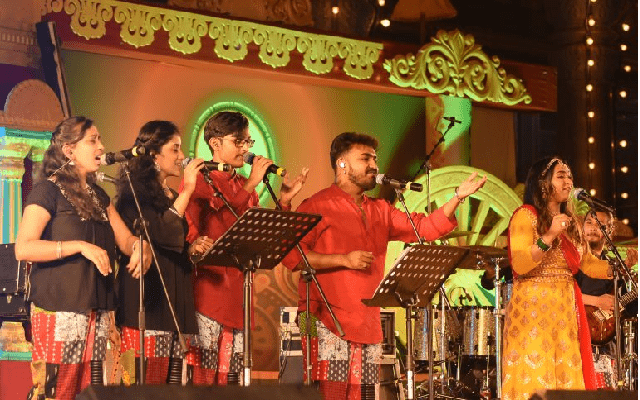 Mysuru: Popular singer Ananya Bhat enthralled the music connoisseurs with her folk concert in the premises of Mysuru Palace on Saturday April 2.

The District Administration in association with Mysuru Palace Board has organised a three-day Ugadi music festival that began with Ananya Bhat’s concert.

For an hour she entertained the gathering with her mellifluous singing for whom Ugadi became complete with the music.