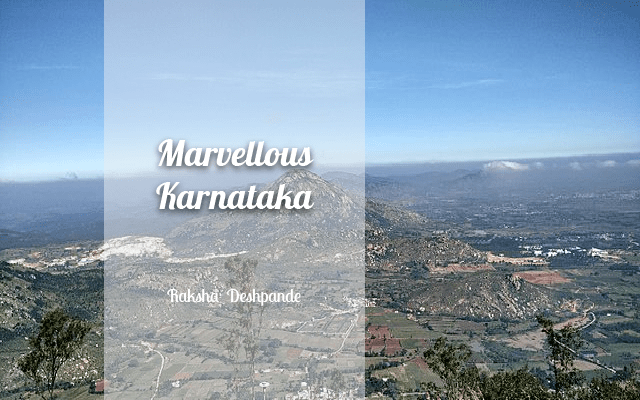 Karnataka is the land of mountains and hills. Every mountain and hill is unique here. While some are covered with beautiful greenery, the others are with barren covered with rocks of different sizes and shape. Seeing all these come together in a same land is a blessed feeling.

Among these hills, Nandi Hills stands out. It is neither a hill full of greenery nor baren with rocks. It is a mixture of both. It is also called Nandi Durga, and probably the most popular weekend destination for the City crowd of Bengaluru. 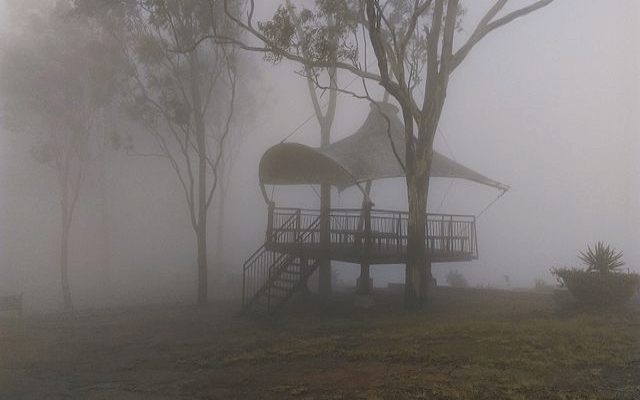 Nandi Hills is located in Chikkaballapura District. Many rivers such as North Palar, South Pennar, Chitravathi, Arkavathi and Papaghni take their birth here. It was ruled by Palegaras of Chikkaballapura and later it came under control of Tipu Sultan. It was also called as ‘Nandigiri’ in the ancient inscriptions. 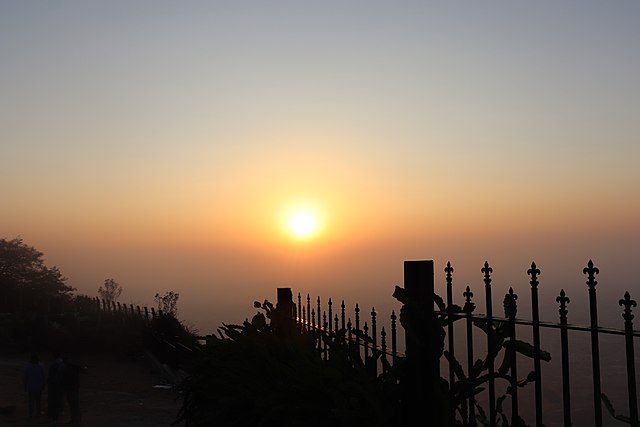 The breezy air and serene environs of Nandi Hills perched at an altitude of 4850 feet above sea level, provided the British and Tipu Sultan with an idyllic summer retreat. The weather at the hills is pleasant throughout the year and here, you can take leisurely strolls. Adventure sports lovers can try their hand at parasailing. An ideal trekking destination, the prominent places which can be visited from Nandi hills are to the North West, Channakeshava Betta (4762 ft), South West Brahmagiri (4657 ft), North, Skandagiri (4749 ft), South, the steep precipice and the well at the bottom called “Shravana Teertha.”

It is believed that the fort walls here were built by the Palegars of Chikkaballapura and later strengthened by Hyder Ali and Tipu Sultan. It was under the Maratha control too for sometime. The precipice to the South West has the name “Tipu’s Drop”, which is believed as the place where prisoners sentenced to death were pushed down to the valley below. At the centre of the plateau, a big water pool has been dug out and a rectangular stone structure is built for the storage of water. The pool is named “Amrita Sarovara.” 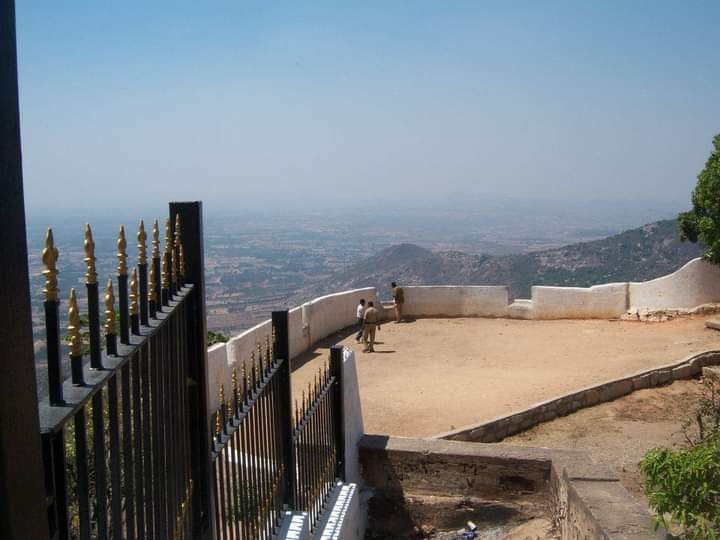 There are two ancient temples dedicated to Lord Shiva located here. The Yoganandishwara Temple on top of the Nandi Hills has the architecture of the Chola style. The garbhagriha entrance of this temple has decorative brass covered doors and dwarapalakas (door-keepers) on either side. It is said that these doorkeeper images were the gifts of Krishnadevaraya, the Vijayanagara ruler. Located in a village Nandi Grama near to Nandi Hills is the Bhoganandishwara Temple. The original temple belongs to a period prior to the 9th century AD with later additions made during Chola, Hoysala and Vijayanagara periods. In this Bhoganandishwara Temple complex, there are two separate garbhagrihas in one straight line, with separate Nandimantapas. Of these Nandimantapas, one has a little garbhagriha also. The temple to the North is dedicated to Lord Bhoganandishwara and the Southern one to Lord Arunachaleswara. The exquisite stone fringes in them display ornate workmanship and artistry.

Visitors can see remains of a small two-storey building used by Mysuru ruler Tipu Sultan on top of the Hills. A pond and a garden are nearby.

Another interesting thing about Nandi Hills is that of watching sunrise, the most desired activity of every visitor.

Bengaluru, Muddenahalli, Skandagiri, Chikkaballapura, Bheemeshwari, and Nrityagiri, Devarayanadurga are the nearby places one can visit during a trip to Nandi Hills. Moreover, one can visit Nandi Hills throughout the year.