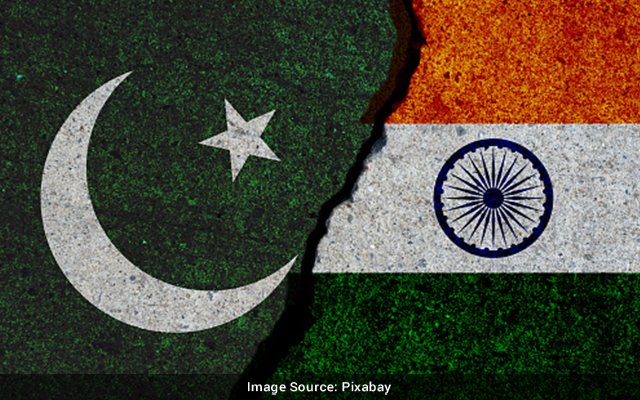 India and Pakistan have shared a chequered history in their bilateral relationship. It has caused ripples in the establishment, media and academic circles as well as the general public. Former Prime Minister of India, Atal Bihari Vajpayee said “The overwhelming public sentiment in India was that no meaningful dialogue can be held with Pakistan until it abandons the use of terrorism as an instrument of its foreign policy”. This is true considering the wars fought in the past in addition to the ongoing sub-conventional conflict in India’s Jammu and Kashmir where terrorist groups backed by Pakistan have made repeated attempts to stoke violence. Since 2014, the bilateral relationship has been sliding and did not happen so in vacuum.

Prime Minister Narendra Modi had invited the leaders of South Asian Association of Regional Cooperation (SAARC) including the then Prime Minister of Pakistan, Nawaz Sharif during his swearing-in ceremony. It was followed by the surprise stopover in Islamabad to attend the wedding of Nawaz Sharif’s granddaughter in December 2015. Despite the initiative to normalize ties for peace and stability in South Asia, the favor was not returned in kind. A week after Modi’s visit to Islamabad, heavily armed terrorists stormed into the Pathankot air base. Likewise, there have been numerous attempts in the past to engage in constructive dialogues with Pakistan only for them to be broken down by the latter’s misadventures. The 1972 Simla Agreement was followed by years of violence in Kashmir Valley and Punjab. In 1999, Prime Minister’s Vajpayee’s Lahore bus diplomacy was returned with the Kargil conflict. The list includes the Agra Summit in 2001 followed by the Indian Parliament attack that left seven policemen dead as well as the 26/11 Mumbai attacks following the bilateral engagement between Indian Prime Minister Dr Manmohan Singh and his Pakistani counterpart.

The pattern seen through a chain of events in the past suggests that Pakistan cannot be easily trusted whenever a peace offer was made. This is relevant currently as both the countries are once again creating an environment for resetting the ties. Mutual distrust is a major concern indeed, but it makes sense to ask whether there is a choice to break the deadlock. As India was focused on engaging with the Chinese in Eastern Ladakh along the Line of Actual Control, there was a massive spike in the ceasefire violations numbering 5,100 cases in 2020 as opposed to 3,289 cases in 2019. It was also the highest number of ceasefire violations since 2003 which left 36 dead including 24 security personnel and 130 injured.

In the light of these developments, both India and Pakistan scrambled for reducing tensions which have been very high since the abrogation of Article 370 by India in 2019. First signs of these efforts were evident after the Director Generals of Military Operation (DGMOs) from both the sides held a joint statement following a hotline conversation and agreed for respecting the ceasefire norms. The joint statement stated “both sides agreed for strict observance of all agreements, understandings and cease firing along the Line of Control and all the other sectors with effect from midnight 24/25 Feb 2021.” The DGMOs also agreed to work on issues “which have propensity to disturb the peace and lead to violence.” Following this event, there were reports that India’s National Security Advisor, Ajit Doval and Special Assistant to the Prime Minister of Pakistan, Moeed Yusuf held a backchannel dialogue which possibly facilitated the agreement to respect the ceasefire between the two militaries. It must be noted that in an interview with The Wire in October 2020, Moeed Yusuf had mentioned about India’s desire to restore dialogues, a claim declined by India.

Following the denial, Moeed Yusuf came out with a series of tweets stating that no talks were held with the Indian NSA. It raises questions on whether the Indian officials are directly engaging with top Pakistani officials, possibly from the military establishment which has kept Yusuf in the loop. According to a Bloomberg report, United Arab Emirates had a major role to play in the secret meetings between officials from India and Pakistan. It mentioned that India’s foreign Minister, S Jaishankar held a meeting with his UAE counterpart, Sheikh Abdullah Bin Zayed in Abu Dhabi in November last year followed by a visit to the UAE by Pakistan’s Foreign Minister, Shah Mahmood Qureshi a month later. In February 2021, India permitted Imran Khan’s flight to use its airspace on his official trip to Sri Lanka while Pakistan Army chief, Gen. Qamar Javed Bajwa also talked about peace with India although the Kashmir reference made by him must be seen with caution. New developments took place as the 116th Permanent Indus Commission took place a few days back between Indus Water Commissioners from India and Pakistan after a gap of two and a half years. The Indus Water deliberations have by far been the most vital among the confidence-building measures (CBMs) that survived wars and tensions over the years. Likewise, Prime Minister Modi also sent a tweet to Imran Khan after the latter tested positive for Covid-19 wishing him a speedy recovery. Speculations are also running high on India approving the upcoming SAARC summit to be held in Islamabad including the visit of Prime Minister Modi to the neighboring country.

An important question that would be first asked is – why now? One can speculate that the economic contraction due to the prolonged nationwide lockdown in India and the heavy expenditure on military deployments along the Line of Actual Control to counter the Chinese made it a priority for the Indian government to reduce tensions with Pakistan. During the standoff, there was no attempt made to mention Pakistan-occupied Kashmir, which was earlier raised on a regular basis following the revocation of the special status on India’s Jammu and Kashmir. This is a clear sign to reduce the simmering tensions. Afghanistan has been in the focus and the US President Joe Biden is perhaps banking on stability in India-Pakistan relations for a stable ground in the war-torn country. Despite the distrust between the Indian civilian establishment and Pakistan’s military-intelligence establishment, there is an intelligence value in these developments and can be crucial for Indian interests in Afghanistan and to counter any threat to Indians at the domestic level.

A possible reason for the thaw could be India’s energy demands which can be fulfilled by tapping onto supplies from Central Asia in which Pakistan and Afghanistan become important transit points. The renewed energy to engage in bilateral talks has also been welcomed by regional political leaders in Jammu and Kashmir like Mehbooba Mufti and Farooq Abdullah as well as the Hurriyat Conference leader, Mirwaiz Umar Farooq. The Indian government would be hoping for long-lasting peace in the Kashmir valley in the wake of the goodwill from these events. On the other side, Pakistan would be hoping that establishment of these talks would have a positive impact as far as its FATF deliberations are concerned. The prospects are several however, they will be tested time and again. Issues like Kashmir, trade, partition related problems and honoring ceasefire agreement will be major challenges for the thaw to continue in the foreseeable future.

Vibhav Kandlur holds a master’s degree in Geopolitics and International Relations from MAHE. His area of research largely focuses on the Geopolitics of South Asia, specifically on Pakistan and counter-terrorism studies.