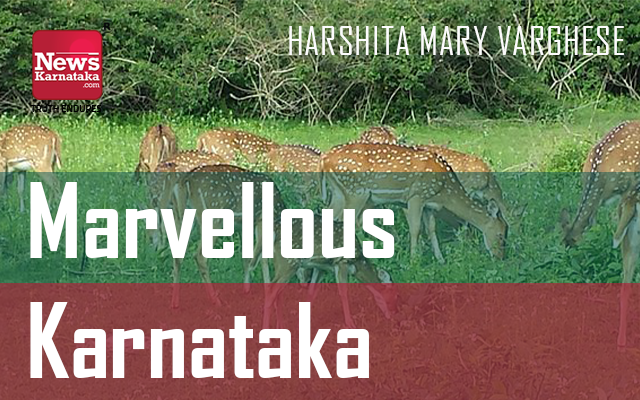 The beauty of Bandipur lies in its wide expanse of land which is populated by flora and fauna that flourish in its natural habitat. With the help from the government and under the watchful eyes of many forest officials, the area has been kept intact and secure for nature to thrive.

The Bandipur National Park is home to the second highest tiger population in India. This Park comes under the Nilgiri Biosphere Reserve and is termed as the largest protected area in Southern India and largest habitant of Wild Elephants in South Asia. Apart from tigers and elephants, the park is also home to a variety of animals like Leopard, Dhole, Sambar, Sloth bear, Chital and many more. A considerable number of birds can also be spotted in this wide terrain.

In the whole of India, the park is known to be one of the most well-managed ones. The Park shares its area among three different taluks – Gundlupet taluk of Chamarajanagar District, H.D.Kote and Nanjanagudu taluks of Mysuru District.

Encompassing a total area of 872.24 sq km, the park shares its borders with three other national parks which include Nagarahole National Park, Wayanad National Park and Mudumalai National Park. To ensure the safety of the animals living here and to bring down the number of wildlife casualties that occur due to speeding vehicles, a ban on traffic between 9 am to 6 pm has been established.

Looking back at the history of the land we see that Bandipur National Park was once the private hunting grounds of Maharajas of Mysuru. Later on in 1975 it was made into a reserve and since then the place has garnered much attention as a tourist destination. This eco-friendly destination also has an animal care centre where injured animals are treated and taken care of. The centre also takes care of their health and breeding problems. The forest lands of this park are well preserved with sandalwood trees and is an ideal place for jungle safaris.

At the core of the Bandipur National Park lies the Himavad Gopalaswamy Betta which is the highest peak in the area. 4,770 feet above the sea level, this lofty hill gives a very picturesque view of the park from above. At the top of the hill there is fort which is said to have been built in the 13th century and houses the Gopalaswamy Temple dedicated to Lord Krishna. Visitors say that the area around the temple is a sight to behold. Many a times, white mist appear like snow in the area.