Trending :
State can’t issue sweeping directions to withdraw consent for CBI probe: Centre to SC
BJP candidate in Huzurabad distributing money: TRS to EC
China warns US to be cautious on Taiwan after Biden’s comments
Punjab orders probe into Amarinder’s relations with Pak friend Aroosa
Gain-of-function research in Wuhan lab funded by US as per NIH: Report
News Karnataka /  Special /  Features /  From Sister to Mother to Saint: The journey of Mother Teresa

Known to many generations of Indians as a diminutive but determined woman in a blue-bordered white sari who cared for the poor and destitute, Mother Teresa, who is due to become the Roman Catholic Church’s latest saint, also holds pride of place among the emissaries of compassion and service who have flourished and spread out from India, even if born elsewhere.
“By blood, I am Albanian. By citizenship, an Indian. By faith, I am a Catholic nun. As to my calling, I belong to the world. As to my heart, I belong entirely to the Heart of Jesus,” once said the Mother, who came to India in 1929 after deciding on a religious life the previous year and stayed the rest of her 87-year-long life mostly in Calcutta/Kolkata where she founded the Missionaries of Charity in 1948.

Starting small with one of its earliest ventures a home for the dying coming up in an abandoned Kali temple, it is now active in 133 countries, running homes for HIV/AIDS, leprosy and tuberculosis patients, soup kitchens, dispensaries and mobile clinics, orphanages, schools and counselling centres.

And her contribution to alleviating suffering and pain has made her name famous throughout the world, though, despite many legions of admirers, there is also a cohort or two of critics and detractors.

Born on August 26, 1910, in Skopje town (capital of the independent country of Macedonia now but then part of the Ottoman Empire and then under Serb, Bulgarian and then Yugoslav rule during her early life) as Anjeze (or Agnes, more commonly) Gonxhe Bojaxhiu, she was always religiously inclined.

According to a 1988 biography (“Mother Teresa” by Joan Graff Clucas), she was fascinated by stories of missionaries serving in Bengal and, even before her teenage years, decided on a religious life. She left home in 1928 to join the Sisters of Loreto in Ireland to learn English, with a view to becoming a missionary, and never saw her mother or her sister again (her father had died in 1919).

In India, she was initially based in a convent in Darjeeling where she learnt Bengali and taught at the nearby St. Teresa’s School. As a nun, she chose to be named after Therese de Lisieux, the patron saint of missionaries, but because another nun there had already chosen that name, she opted for the Spanish spelling of Teresa.

Taking her solemn vows in May 1937 while a teacher (and subsequently headmistress) at the Loreto Convent in Calcutta’s Entally, she enjoyed teaching but was greatly concerned at the poverty and pain around, especially after the 1943 famine and the 1946 communal riots. It was in September 1946 that she experienced what she later termed “the call within the call” on a train from Calcutta to Darjeeling, urging that she “leave the convent and help the poor while living among them” (as recounted to Clucas).

Replacing the nun’s habit for the sari, she began missionary work with the poor in Calcutta in 1948 after taking Indian citizenship and spending a few months in Patna for basic medical training. Initially, she started a school but soon started taking care of the destitute, and was, in 1949, joined by a group of young women, which later became the Missionaries (Vatican approval was accorded in October 1950).

Though it faced initial problems, the organisation soon went from strength to strength with her contribution recognised by both India (she was conferred the Padma Shri in 1962 and the Bharat Ratna in 1980) and the world (especially after British journalist Malcolm Muggeridge’s 1969 documentary “Something Beautiful for God”) with the Ramon Magsaysay Award in 1962, the Nobel Peace Prize in 1979 and many others.

And it was not only in India that she was active she personally rescued three dozen children from a Beirut hospital in 1982 after arranging a temporary cease-fire between the Israeli army and Palestinian guerrillas, tended to starvation victims in Ethiopia, radiation-afflicted at Chernobyl, and earthquake victims in Armenia.

However, her health slowly started failing from 1983 when she had her first heart attack and when further complications arose in 1991, she offered to step down but her offer was declined. She finally demitted office in March 1997 after a spate of other injuries and illnesses and died on September 5 the same year.

The same year the process to canonisation started with the beatification process, the third and penultimate step before being declared a saint, and requiring a miracle to be attributed to her. Normally, the first step itself begins five years after the person’s death, but in her case, the waiting period was waived by then Pope, John Paul II. In 2002, she was ‘beatified’, becoming ‘Blessed Teresa’ after the Vatican recognised a miracle attributed to her – a locket containing her picture curing the tumour of an Indian woman. The second miracle – needed to become a saint – was recognised in December 2015.

But it was not praise always for her, she had her detractors, specially polemic essayist Christopher Hitchens, who also testified during her beatification process, right-wing Hindu outfits, and more recently, Indian-origin British author and “militant atheist” Aroup Chatterjee, who have criticised her methods, motives and management, as well as adherence to church dogma on issues like abortion, divorce and contraception.

No proposal before govt for third dose of vaccination: Min Dr. Ashwath Narayan 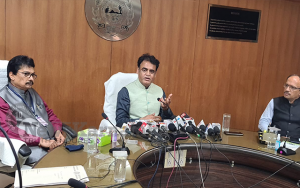 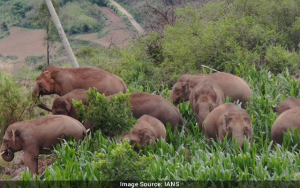