Do you love watching football? Do you want to become a professional football player? Or are you simply having a tough time finding the right balance between your academics and sports? Kickstart Foundation aids young blood like you! The Kickstart Foundation set up in November 2016, is a highly regarded organisation which indulges in bettering the lives of youngsters, particularly from the destitute sections. The Foundation is primarily established in its obligation to ‘Transform Lives through Football’ and various students have been impacted by its no-cost, high-effect drives.

The Kickstart Foundation is headquartered in Bengaluru, Karnataka State, India. “Kickstart means empowerment of the underprivileged, giving an opportunity to the people who do not have, and connecting the haves and the have nots. We change people’s lives completely, since they get the power to make a choice with football. They take this back to their families, who are happy that their children are being productive and their health is improving. Irrespective of becoming footballers, they will be better human beings,” Shekar Rajan, Founder Chairman of Kickstart Foundation said.

How is the Kickstart Foundation unique?

The entire organisation, or the ideation of Kickstart Foundation lays its basis on “we make a life by what we give.” Its primary objective is to bring back the past brilliance of Karnataka football in Bengaluru. It’s deeply rooted in its pledge to serve. 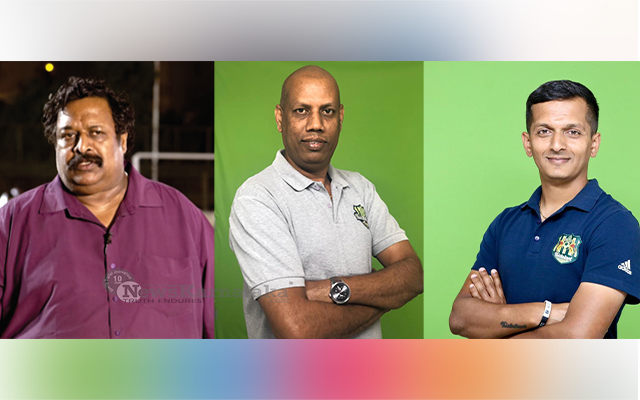 Children, both young girls and boys face unmistakable difficulties and constraints as they come from underprivileged areas. One of the many such challenges includes an absence of admittance to good food to an intense deficiency of safe spots of play and the requirement for reliable tutors. Kickstart Foundation, thus aims at reducing such gaps by furnishing an atmosphere that not only creates awareness about the sport of football with demonstrated, viable projects but also ensures that no young talent is left unnoticed. The Foundation has demonstrated its determination to support quality players.

Satya Narayan, President of Kickstart Foundation said that, “Well, what kickstart foundation is to me is, is what football is to me. Then there’s football, which has been my first love for a long time, may be 30 to 40 years now. We have seen how most of the boys from these challenged, financially-deprived backgrounds are very skillful, but they get to where the first boat is when they’re 13, 14 years. And it’s very difficult for them to start playing with boots then also to play in proper kits and in proper grounds. “

He further said that this is something that I had always wanted to do with Shekar and Lakshman, as well as with the rest of the crew who had joined us. It is to find talented football players or those who are interested in the sport in order to improve their talent, provide them with the necessary equipment, and with adequate nutrition in order to level the playing field.

Satya went on to explain that they go to clubs to try to get selected for the State sub junior or other teams when they go for selections. As a result, this is something we’ve always wanted to do. And, while there was a time when we could produce Olympians from all of these football pockets in Bengaluru, getting players into the Indian team is today extremely difficult and competitive.

“One of the reasons why our boys are not making it is because they lack in that attitude and that temperament, despite having some skills to play the game. So, that is a challenge and this is what the Kickstart Foundation wants to do. And for us, like now with Nikhil Raj, having got into ISL, it is a huge, huge achievement by the Kickstart Club because Nikhil was first found by the foundation from Freetown,” he added.

He then mentioned that his pathway was chalked out very nicely by both Shekar and Lakshman. “They always had a lot of confidence in him. A lot of other clubs wanted to take him, but they waited and kept him. And when the right opportunity came now, they have sent him to play. So, we also have seen a few players from Kickstart who had got into the under 14 State team and under 16 State team.”

Now the Kickstart Club has almost about 15 players, who are capable of playing for the State. “So, that’s how the foundation collaborates with the Kickstart Football Club to realise whatever little goals we have in order to generate good players, but more importantly, good human beings, and good youth who are prepared to face the world out there.”

The Kickstart Foundation hosts the Kickstart Football Club and the Kickstart Academy. Kickstart Football Club (FC) Karnataka is situated in Bengaluru. It was framed in 2018 and set forth in the Super Division League 2018-19. This club emerged as a result of a solid establishment spread out by various foundations running in Bengaluru. They have 3 grounds in Bengaluru that are run on Internationally FIFA confirmed turf. This is enhanced by their Sports Management Company – Impetus which offers 360 degree help to players and their goals. The Kickstart Academy plays a vital role in the functioning of the Kickstart Foundation to its fullest potential. More than 400 kids across various ages presently train at the Kickstart Academy in JP Nagar and Kalyan Nagar. The Academy guzzles fundamental abilities to its players by directing normal studios for its kids. The studios are pointed towards making the child a pioneer, intellectually more grounded and certain external pitch too. All the more critically, the children are told the best way to find and maintain a sense of an equilibrium between scholastics and sports.

How did the pandemic impact Kickstart Foundation?

The Foundation had come to a standstill because the Government had not allowed them to continue to play on any of the grounds due to the pandemic. The Foundation began functioning once again after the relaxations were announced.

“It was difficult for us to come back because we run on CSR funds and we didn’t get any funding. We invested our money from the private limited company to start the process. We started providing kits for the seniors and the juniors when the grounds opened. It was a hard hit, so children were all over the place and upset with the fact that they couldn’t do the right thing and were all mentally stressed. Once it reopened, it was a big change and we’re rolling now,” the Founder Chairman said. Post pandemic, the Foundation approached some companies for CSR funds and iValue has been the first company to accept the offer. The Kickstart Foundation is currently doing two grounds with the funding.

Rising through lifting others

Under this foundation, children are exposed to language abilities, behaviour, cleanliness, public speaking and so on, which urges them to confront the world with mental fortitude. Youngsters are furnished with a rudimentary and sound eating routine. Kickstart Foundation conducts different coordinated projects for the holistic advancement of the child. The establishment helps clear the way for children of 18 years or more to pick a profession in the field of football in different limits like instructing, alluding and or technical abilities.

In conversation about training the children from low economic backgrounds, Shekar Rajan explained, “imparting training to kids is very easy. We usually pick up coaches who are from that particular locality, well-versed in their local languages, and are aware about the sensitivities of these children. Football needs no introduction; it’s a universal bonding instrument. It brings together the haves and the have nots. We make sure that they understand everything the coach is trying to tell, and most of the kids who have a natural interest for football tend to gravitate towards our programme.” 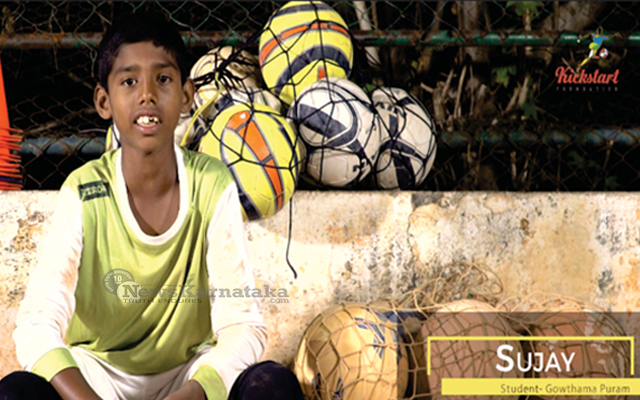 The Founder informed that the Foundation incorporates three ways in which training takes place: the children are taught the sport of football, they are given a nutritious snack and are equipped with sports gear such as shoes, boots and uniforms. “It is a great coaching methodology which makes them successful, and from there, our inspiration is drawn because most of these kids turn out to be star players for us. That is the story of the Kickstart Club’s core team,” he added.

The outlook from the destitute

Speaking on the perspectives of parents of the children adopted by the Foundation, Shekar Rajan said, ‘most of the boys’ parents are welcoming us with open arms. They know that we have delivered quality football players. Firstly, the character of the child changes. Secondly, their academic performance improves. Thirdly they are always eager to learn; over and above, they are very happy. Bad habits are warded off since football teaches them dedication and discipline. The only challenge we are facing is the number of girls. We already have a good number of 20-25 girls in the current foundation setup. Most of them are 13 and below. The problem starts when they grow older and their parents become a little apprehensive.” He asserted that they intend to change the game by installing women coaches which would not only comfort the parents of the girls but also give an opportunity for their women players who also come from a similar strata of society. “We give right coaching at the right time and at the right place with right attitude. Parents are very happy with us because we teach life skills. These are basic skills for modifying their behaviour and attitude; a little help on their education which is done on a weekly basis in a classroom-environment based on sports and games,” he affirmed.

What is the impact of the Kickstart Foundation?

The Kickstart Foundation intends to move into other cities such as Chennai, Hyderabad and Mangaluru. They have also been approached by many from North Karnataka cities like Davangere, Bellary and Hubballi. They are looking forward to giving the underrepresented children an opportunity. “Given the opportunity and the right support, we can really do wonders in transforming Karnataka football first and go big with other states. The urban slum kids are the first target for us. In Telangana and Andhra Pradesh, we have a good network of people working in the social space. So we’re looking forward to doing something very constructive. The Kickstart Foundation is going to become a factory for talent identification and push it into an academy which will fine tune this talent and present it to India and Europe. That is the plan for the Kickstart Foundation,” Shekar Rajan signed off.