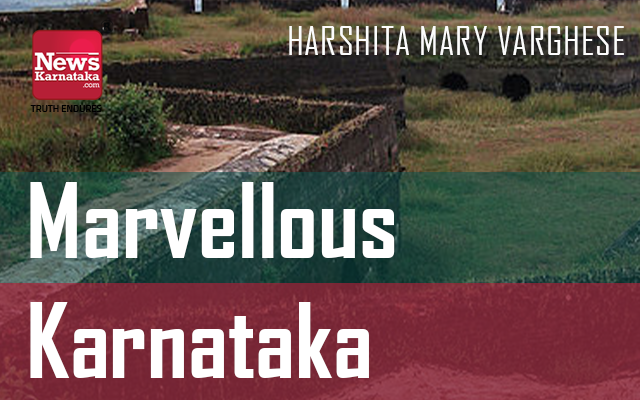 As the mighty ruler of the Kingdom of Mysuru, Tipu Sultan has built many forts and palaces around Karnataka to fortify his empire and mark his land. Many of these fortifications which has played a major role in his conquests, still remain as solid structures that has witnessed the battles of the times.

Often times than not, Tipu has borrowed architectural brilliance from the West to erect some of these monuments. One such example is the Manjarabad Fort which is located 10 kms away from the Sakleshpura town in Hassan district. This Star Fort has been constructed using French military architects in the year 1792. The fortification was built up in such a way the fort can dominate the battlefield. The design of the fort is a polygon star shape with bastions at the corners of the walls. Its unique designing and still standing octagonal walls attract a lot of visitors to it.

Looking into the history of the fort it can be seen that the fort was constructed as a safe ground for Tipu’s army to hide from the British. Also built as a frontier to store ammunition, these fortifications proved quite difficult to overcome, and accordingly, the fortress occupied a key position in warfare. Fortifications of this type which is very European in nature, continued to be effective while the attackers were armed only with cannon.

The Tiger of Mysuru built this fort to establish his sovereignty over Mysuru while fighting against other South Indian dynasties. Since the fort is built on a hill, it is elevated to a height of 988 metres and on a clear day, it is said that the fort gives a majestic view of the Arabian sea. The fort also gives its visitors a commandeering view of the Western Ghats in Sakleshpura.

Unlike other forts that have been constructed by Tipu, this fort has only one level and consists of multiple chambers and tunnels throughout. It is said that the completed fort was inspected by Tipu Sultan who then found it enveloped in fog and hence named it as Manjarabad fort. In Kannada, Manjara or Manju means fog or mist. The fort claims the title of “the most complete Vaubanesque star-shaped fort in India”.

The structure of the fort is built using large granite blocks and lime mortar on the outside and fired bricks on the inside. At the centre of the fort, there is a cross-shaped tank to collect rainwater to meet the drinking water requirements of the guards. Another interesting feature of the Fort is the tunnel built in the fort which leads Srirangapatna Fort.

Since Hassan as a district is a region which is blessed with dense forests, hills, rivers, waterfalls, streams and valleys, the Manjarabad Fort adds to the scenic beauty of the place!