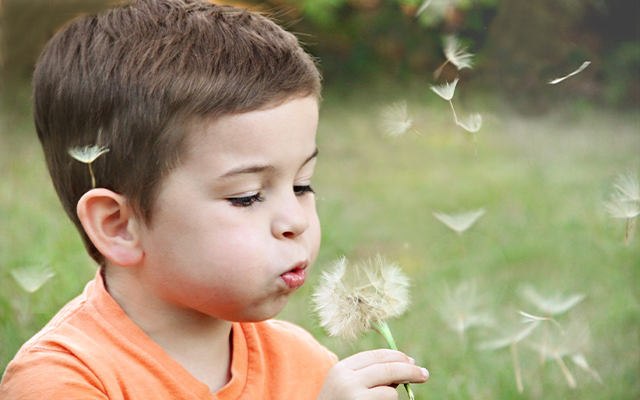 In November 2021, Aditya Huralikoppi, a fourteen year old from Hubballi authored a book titled ‘Act Now or Lose’. The book deals with what teenagers could do to create a more sustainable world. Aditya is in class nine at the Lawrence School, Lovedale, Ooty. His book revolves around the seventeen sustainable development goals framed by the United Nations. The book explains why the five goals;, ‘People, Prosperity, Planet, Peace and Partnerships’ are important to the teens. In November 2019, Aditya represented India at a hackathon on crime and justice, organised by the United Nations and the World Bank in Washington. That event led him to the idea of sustainable development goals and created an interest in discovering what could be done by the teens to achieve the goals. Aditya initially studied at Sanskaar CBSE School in Hubballi which felt very proud of his achievements and interest.

Some youngsters make outstanding achievements. Twelve year old Sourojit Datta from Kolencherri in Kerala secured Associateship of Trinity College, London. It is a level four diploma in music performance offered by the famous college. Normally aspirants take five years to clear the grades. But Sourojit asked his father why he should not try to pass the Associateship examination without waiting for long. And he wrapped it up in six months and cracked the examination with a forty minute flawless recital of some of the toughest western classical pieces, including some of Beethoven’s. As per the Book of India records, he is the youngest Indian to clear ATCL. The best part is that he appeared for the eighth grade straight away and followed it up with ATCL, a diploma. Hailing originally from Midnapore in West Bengal, his parents settled down in Kolencherri fifteen years ago. His father is the head of the department of Community Medicine at Kolencherri Medical Mission Hospital. Sourojit is planning to appear for the next level, the Licentiate of Trinity College, London in December and follow it up with fellowship of Trinity College.

The presentations of two young students with natural interest, motivation coupled with commitment and associated success does not mean that all children would reach the levels of these children by asking questions or facing challenges. It only shows that children have their own thought-lines, their logic and the reasons associated with them. Each child makes her small success.

Children have several questions to ask the elders. ‘What, which, who, whom and where’ are questions which are easy to answer as far as the adults are concerned. However, when children ask ‘why’ questions, the adults around shut their mouth most often and even blame the children for asking inconvenient questions. Most parents do this because they find it difficult to answer the ‘why’ questions. Very young children ask very many questions because of their curiosity. They generally get satisfied with the provision of information. Some of these can attract more questions and the adults find it difficult to satisfy them when the question starts with ‘why’ because it does need some thinking time for an answer. ‘Why’ questions generally are not asked because of curiosity. It indeed is asked because of inquisitiveness.

Questions of curiosity are easily answered because a curious person needs information. Most children are satisfied with information provided. However, some are not because they function on the frontiers of knowledge and their questions are not just for information. It is mostly for the reasons that stand behind the provided information that ‘why’ questions are asked. Inquisitiveness, thus, is different from curiosity. Inquisitiveness grows further into the realm of knowledge which is available when intellectual application brings up logical and rational answers. What is essential is to take children from curiosity to inquisitiveness.

‘Kriticos’ is a Greek word which means to discern and judge. In the training programme organised by our institute for children, there were several exercises which were offered to make child’s intelligence agile and help the child think differently. Towards this end, there was a game called ‘Kriticos’ in which the children were allowed to play, most often within themselves in teams of two. One member of the team of two makes a statement and the other asks ‘why’ questions on it. Every time number one makes a statement, number two asks a ‘why’ question. All answers have to start from ‘because’. The number one has to make the next statement based on the answer that had been provided starting from ‘because’. Thus, the ‘Kriticos’ goes on without finding an end, only the buzzer stops the questioning. The next round is played in turn by the other one asking ‘why’ questions to whose questioning earlier was based on a statement that she would make. Kriticos is a game in which participating children never got bored with. Anytime the Facilitator asked what Mind Skill Game shall be played, there used to be a loud shout from the children ‘Kriticos.’

Cognition is an important area of human resource. Undoubtedly, there is a natural development as per the natural growth for the child into higher maturity. However, in the modern world where there is more stress on the development of technical competencies, it is a sad predicament that the natural intellectual development of children and their need for satisfying inquisitiveness is not attended to. Cognitive area is the central resource pool which has its own competencies that need to be developed by every child. It is inquisitiveness as a cardinal part of the cognitive resource which is also a virtual presence in every individual that needs to be developed so as to make cognition an important part of individual functioning.

Cognition as a part of the resourcefulness of the humans has three aspects in it. Primarily, it is the question of intelligence. Humans are different not simply because of various factors of human potentials; they are vastly different because of the competence to utilise the intelligence. All humans are intelligent unless they are retarded. However, the way it is utilised may not be the same. Therefore, training or developing or helping to acquire different competencies so as to use this innate faculty is what matters. Sometimes, two people who deal with designed mechanical work may not apply their intelligence in an equal measure when different situations are provided to them.

The third part of cognition is still more important. Mentalising is the process of cognitive functioning. The mind is far more powerful than the brain. The millions of cells in the brain by themselves may not matter, but how they join together to create an idea matters. Some psychologists have suggested, this is for common understanding and not a scientific theory, that the brain houses the mind. While brain is a physical existence, the mind is a virtual existence. The latter, of course with the living help of the former, is responsible for not only scientific discoveries or artistic expressions but also for common behaviour patterns including those which may be disastrous too.

So, what matters most is the power of the mind and hence children’s mind skills development is to be considered seriously. More than the school, it is the home which is to become the centre for mind skills development of children. Each parent has a responsibility to make children ask more ‘why’ questions and develop in them the inquisitiveness to know more by discerning and judging as much as possible. There is no doubt that some of the questions that children ask are inconvenient or sometimes even embarrassing for the parents. All the same, shutting them is the greatest disaster for mental development that can happen to the young children, especially when the shutting up comes from dear ones. If a teacher denies to answer ‘why’ questions from a child, it is not as disastrous as a parent denying the ‘why’ question because the teacher’s denial is largely impersonal and one among many whereas, the parent’s denial is at close quarters and the refusal of the right of the child to know is more discouraging and disheartening.

Parents have to create interest in children through the provision of situational conversations or actions which could lead to possibilities of asking ‘why’ questions. A newspaper report can be brought to the notice of the children with a discussion that can follow so that children will ask ‘why’ questions and several mind skills may have to be applied during such discussions. Similar is the case with the television news too. A parent who returns from her travel or after participating in a function about which the child also knew could make a report of it and the discussions that follow can develop several mind skills of children, including logical and rational ways of looking at different things. Similarly, smaller events that happen around which need explanations or analysis could also be brought up so that children start analysing, criticising, evaluating, reasoning or even applying logic. Behaviour patterns of people; be it a guest who behaved in a particular way while children also were present; could become a matter for discussions. In fact, children’s own behaviour could be considered for discussions taking care that it does not become a criticism or blame.

While considering development of skills in children, one has to take into consideration their divisions provided by Gary Yukl in his book ‘Leadership in Organisations’, all three types of skills that are to be developed; technical skills, conceptual skills and human relations skills, the last has also the nomenclature as human skills or sometimes even life skills. In the modern world, technical skills are absolutely necessary. Senior citizens sit and wonder when they look at their grandchildren getting things done through an app in a mobile telephone. The elders may find it difficult to develop the technical skills. Conceptual skills are necessary to acquire knowledge, not only acquire but also store it for future use. These days, human life cannot go on without the essential clarity of thoughts, most of which centre around technical applications. Unless the concept is clear, one may not be able to apply one’s mind into the working of a large number of apparatuses, gadgets or devices. However, the most important skill that is to be developed is the human relations skills because these skills take a person to successfully make use of technical skills or conceptual skills while working with other people. Various human relations skills, especially effective communication, decision making, problem solving, managing or organising will happen successfully and effectively only when mind skills are developed. The best time to develop these skills is childhood.

Prof. Sunney Tharappan, is Director of College for Leadership and HRD, Mangaluru. He trains and writes and lives in Mangaluru.