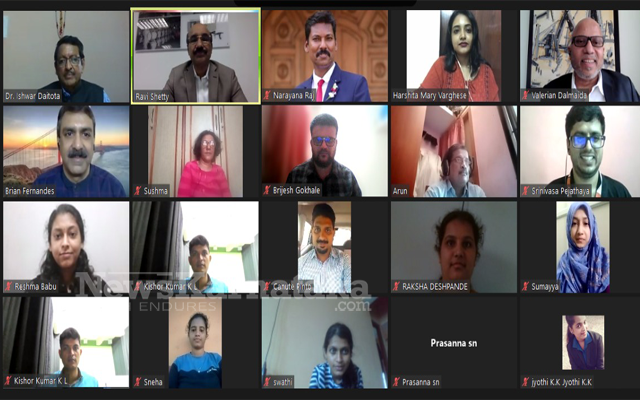 The Third event of News Karnataka’s Decennial Programme series was held on Thursday September 9 at 5.00 pm.

During the prefatory remarks, Director of Spearhead Media, Brian Fernandes said, “10 years is a big achievement when it comes to Spearhead Media, considering the many ups and downs it had in the past. We wanted to celebrate this by focusing especially on development activities. Through such programmes, we wanted to reach the people at grass-toot level and highlight their problems and work towards providing a voice to the voiceless.”

Dr. Moodambail Ravi Shetty after launching the revamped NewsKarnataka said, ” It’s a pleasure to launch the English website, and I would like to congratulate NewsKarnataka on completing its ten-year anniversary.”

“In terms of social contribution, NK has taken recent steps to communicate the idea that our language, Tulu, should be included in the Eighth Schedule of the Constitution as one of the state’s languages. This effort is also highly appreciable.” he lauded.

He also mentioned the initiative by NK organised to reach out to rural youth has definitely contributed to the development of society and the entire world.

“Despite the fact that we are all from Karnataka and live in different parts of the world, we are all keen to connect with our roots, preserve and promote our native language and culture, and pass it on to the next generation. These goals of the Kannada community are met in large part by news portals like NK,” he added.

While delivering the special lecture on ‘Media and Development Concerns’ he said, ” Highlight the problems of rural villages.”

Sharing his early experiences he said, “newspapers carry stories about issues concerning the people. It was difficult to find a newspaper in my village when I was a child. It used to come after two days, which I would pick up and carry to school. That’s when I got interested to read newspapers. From Mysuru, I chose to pursue a bachelors’ and Master’s degree in journalism. This made me interested in development journalism.”

“What you see or read in the newspaper is only one aspect of sensation. Our assembly holds discussions done based on developmental journalism but the media only covers controversial issues. Newspapers should at least dedicate one page of the news for development journalism where you give truth and opinion of the issues'” he opined.

“People will not disclose truthful information unless they are sure that you are just gathering information that will lead to positive changes. We need to reassure the readers that you are doing it honestly, and only then will they begin to share the information. The recent information states that 40 per cent of the news which comes through the newspaper, and television are bogus and mischievous,” he expressed.

He also highlighted the issue of media conglomeration. “There are communities and people who can introduce you to new issues. Identify them and write about them directly and that creates a huge impact,” he suggested.

The talk was followed by a question-and-answer session Dr. Ishwar Daitota cleared various doubts related to the topic.

President of the event and Mentor of Spearhead Media, CA Valerian Dalmaida in his presidential address said, ” Media should always focus on five most important aspects agriculture, nature, entertainment, sports and people. Being a part of peoples’ corporate we have always tried to be a voice to the voiceless.”

“We have also undertaken unique initiatives like ‘Namaste Teacher’, which is a series that showcases teachers and the influence they have had on students through teacher-student interaction. Similarly, ‘Subalterns’ is a special support programme started objective of ‘P2P – Local to Global’, The show is aimed at providing a platform for unheard young voices of the society and thus create a supportive environment and empower them,” he added.

The vote of thanks was delivered by the Director of Spearhead Media Canute J. Pinto.

One thought on “Media must practice ‘Development Journalism’ at its best, says Dr. Ishwar Daitota” 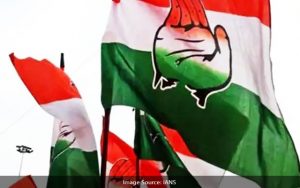