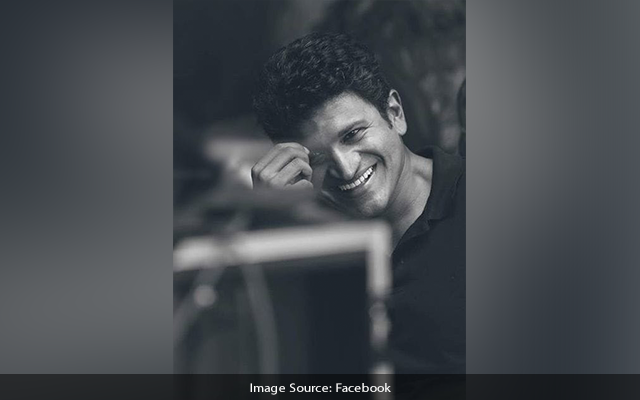 Sea of people from in and across the State gathered at Kanteerava Studio, Bengaluru from Saturday October 30, to see their Kannada idol ‘Power Star’ Puneeth Rajkumar for one last time. The untimely death of the 46-year-old actor, as a result of a massive heart attack, devastated his followers, with few even committing suicides as they couldn’t endure the huge loss.

Karnataka Government decided to hold the final rites of Puneeth on Sunday October 31. Fans were seen holding Puneeths’ photos, played songs, hoisted Kannada flags, raised slogan ‘Raajakumara,’ mourning the death of their departed star. Despite the fact that lakhs gathered around the stadium for his funeral on October 31, the State Government and Rajkumar family were relieved as the funeral went off peacefully.

Fans bid adieu to Puneeth, standing barefoot at the funeral rites, to show deep respect for the Puneeth and as well as for culture. However, following the rituals, Bruhat Bengaluru Mahanagara Palike (BBMP) staff cleared lakhs of footwear outside Sri Kanteerava Stadium. Photos of slippers left behind by fans have gone viral on social media platforms such as Twitter, and people have used it to express their grief and thought on the same.

The cleaning staff of BBMP (Bengaluru corporation) cleared lakhs of slippers left by people who went to pay tribute to #PuneethRajkumar barefoot as wearing slippers while paying tribute is not part of our culture.
🙏 pic.twitter.com/nHK6n4AVSR

A Twitter user commented “What a great culture of Kannadigas and also shows their ultimate respect for Appu. Hats off.”

“How can one Touch so many lives from so far.. Not known, not seen, not spoken.. The grief is growing day by day the more we know about Appu,” was another response from a user.

Saddened by the death of Puneeth, a fan tweeted that Remember it was not temple.. But still devotees made Kanteerava Stadium as temple for 2 n half days.”

Another fan said that fan of @puneethrajkumar Boss Then, now and forever!!

Puzzled by the behaviour by fans, a user tweeted: If it may help, I leave my footwear in a safe place away and walk barefoot if I know there are no arrangements made for them. I hope these will not be dumped in a lake nearby.

These were some of the responses from the Twitter users. Fans who gathered outside the Kanteera lva Studio were finally allowed to pay their last respects to the actor where his mortal remains have been laid to rest. Despite the fact that the prohibition orders were in place, thousands of his followers surrounded the stadium premises and demanded that they be allowed inside to pay their respects to their favourite star. Entry to fans were allowed after ‘Haalu-Tuppa’ ceremony (offering of milk and ghee to grave) due to the pressure.