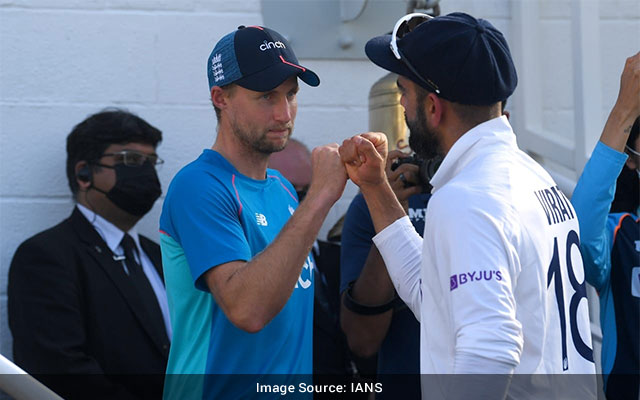 London: The fifth and final India vs England Test at Old Trafford was called off just hours before the scheduled start of play on Friday.

“Following ongoing conversations with the BCCI, the ECB can confirm that the fifth LV= Insurance Test between England and India Men due to start today at Emirates Old Trafford, will be cancelled,” said the England and Wales Cricket Board (ECB) in a statement.

“There are fears of a further increase in the number of COVID cases inside the camp. India are unable to field a team and will instead regrettably forfeit the India vs England 5th Test.

“We send our sincere apologies to fans and partners for this news. This we know will cause immense disappointment and inconvenience to many. Further information will be shared in due course,” the statement further read.

The development comes on the back of intense discussions between the Indian cricket board (BCCI) and the ECB. India’s assistant physiotherapist Yogesh Parmar returned a positive Covid-19 test on Thursday.

More than one India player had expressed concerns about taking the field. This was in talks between the BCCI and the team management over the last two days.

India lead the series 2-1 after a 157-run win in the fourth Test at the Oval in London.