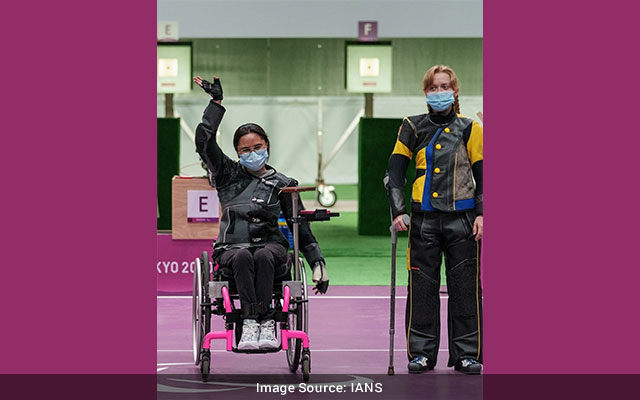 Avani became the first Indian female athlete to win a gold medal in either the Olympics or the Paralympics when the 19-year-old shot a world record score of 249.6 in the finals of the air rifle event in Tokyo. Before her, shot-putter Deepa Malik (2016 Rio) and para-table tennis player Bhavina Patel (2020 Tokyo) were the most decorated Indian female sportspersons at the Paralympics.

Avani has been confined to a wheelchair after meeting with an accident in 2012.

According to her father, Praveen, Avani and he met with an accident while going to Dholpur from Jaipur. He was posted in Dholpur at that time. While he recovered soon, his daughter was unable to stand as her spinal cord got damaged in the mishap.

Avani was quite demotivated but her parents kept pushing her to pursue shooting sport and compete at the Paralympic Games. She wanted to do something different in life and hence made shooting her profession.

Even during the lockdown, Avani continued making preparations for the Paralympic Games.

On Monday, Avani’s father was flooded with calls from well-wishers, wanting to congratulate him on his daughter’s success.