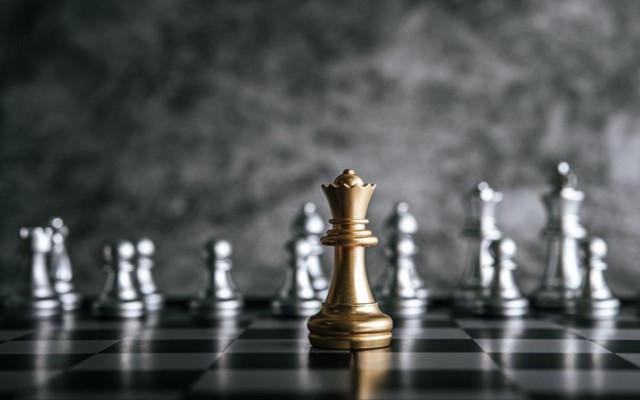 Today, playing games is a standard activity among individuals of various age groups. Card games are highly preferred for strategy building, and fantasy sports have emerged as all the rage because of their extreme entertainment quotient. While there are several genres of games, one that continues to stand out is chess. Chess is an excellent mind-stimulating game, and playing this game determines the gamer’s ability to act, observe and think. Chess keeps the players fully involved and teaches life skills to help them achieve success in the real world.

Daily Herald covered a story recently about an online tournament held by the Cook County Sheriff where the man behind the program, Tom Dart, attempts to prepare people for an improved life by ensuring they can make intelligent, informed decisions.

If you know anything about chess, you would already know the game goes beyond entertainment. Players need to have the skills and knowledge of the chess moves to proceed in the game. The chess pieces move a specific way, and when you are playing, it is prudent to avoid making a mistake. At its core, chess is a game of defending and attacking. When one player attacks, the other must defend. Therefore, you cannot win a chess game without learning a few defensive moves.

Thanks to the introduction of the Internet, you don’t need to wait for your friends to show up and join you for a match. You can play chess online on MPL and instantly connect with other real-life online opponents. If you are a beginner, you are recommended to play the practice games to familiarize yourself with the game’s rules. Once you are confident, you can participate in cash-winning tournaments.

Indeed, you would want to improve your chances of winning. Therefore, continue reading to learn about the defensive move ideas that you must apply to beat your opponent.

1. Mobilize the defenders to protect the King piece

The King is the most crucial yet the weakest piece in chess. The most important aspect of playing chess is protecting the King. If this piece is attacked, it is known as Check.

So, you must ensure to mobilize the other chess pieces and always keep your King surrounded. The defending pieces will take the blow of the attacks from your opponent.

Also, it is essential to identify the threats and accordingly use your defenders to protect the King. If the number of attackers exceeds the number of defenders, you will be in a tight spot.

Want to threaten your opponent? One of the best ways to scare your opponent is by blocking their pawns. With their pawns blocked, they cannot make their desired move, and it will make them frustrated.

As chess is a mind-stimulating game, frustration and such negative emotions are bound to make your opponent nervous. They might end up making mistakes.

When you eliminate your opponent’s attackers, you get the opportunity of having more defenders on your side. Therefore, the game is quickly turned in your favor.

If you are wondering how to achieve this, you need to exchange the most crucial pieces of your opponent. Hence, the attacks on your pieces will reduce.

4. Don’t be afraid to make sacrifices

During chess, you’ll encounter situations where you need to sacrifice some chess pieces to protect your most essential pieces. It would be best if you were prepared to sacrifice the less critical materials when you are defending. In the long run, this will help to strengthen your position.

Can you predict your opponent’s move? If so, you can plan your strategies. It is vital to speculate and understand the next attacking move of your opponent. Then, you can effectively overprotect the weaker pieces.

If the King piece is under attack from all sides, you need to play the escaper King move. According to this move, the King piece will move horizontally instead of vertically.

7. Prepare yourself to counter-attack

You cannot win chess by only defending your pieces. At some point, you have to think of counter-attacking your opponent. So, if your opponent says to check, you need to checkmate your opponent.

The counter-attack is not only desirable when your King piece is under attack, but you can do it any time during the game. By attacking your opponent’s pieces, you show you are not a weak player, and your opponent must be more critical about safeguarding their pieces.

8. Let your King move vertically up the chessboard

When all other moves fail, the last option to safeguard your King is to clear the path and let your King move vertically up the chessboard. If you are successful, the King piece will be protected.

The defensive ideas mentioned above are ideal for guiding players towards a win. But whether you use these defensive ideas or when you use them is up to your discretion. Your decisions during the game must depend on your understanding of chess. For instance, you need to know when to counter-attack and when to mobilize your defenders to protect the King piece.

Whether you are a beginner or experienced chess player, you can check out online gaming platforms like MPL. On these platforms, you can enjoy competing with real-life online players to play a chess game. You will even find the game’s rules and strategies to give you a competitive edge. If you are confident in your chess skills, you can partake in tournaments and earn lucrative cash prizes.

So, what are you still waiting for? Go ahead and download the chess game app. Play sufficient practice games to hone your skills.