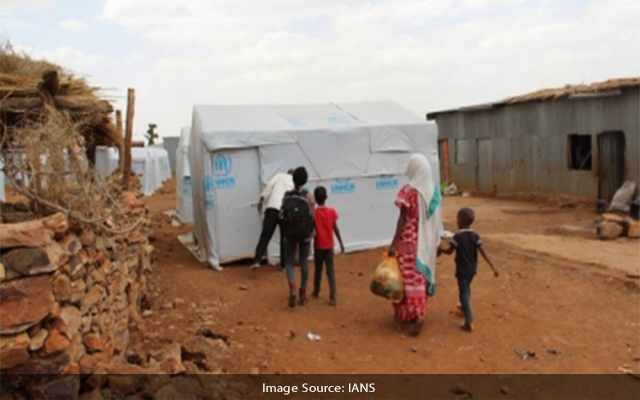 United Nations: The UN Office for the Coordination of Humanitarian Affairs said the recent aid to Ethiopia’s conflict-hit Tigray region was not enough, pledging further efforts to scale up deliveries of relief supplies.

A total of 169 trucks carrying about 4,300 metric tonnes of aid supplies reached Tigray region last month, which, however, remains a small fraction of what is needed, Xinhua news agency quoted the Office as saying.

The latest convoy of 27 trucks carrying nearly 1,000 metric tonnes of food and other essential items reached Tigray’s regional capital of Mekelle on April 29-30, it said.

It was the fourth humanitarian convoy reaching Tigray since the aid transport resumed at the beginning of April, following more than three months of interruption, said the agency, adding that essential services, including electricity, communications networks and banking remain primarily cut off in the region.

The UN and its partners would continue to work with authorities to scale up deliveries of relief supplies into Tigray, including seed and fertilizer, ahead of the critical summer planting season, it said.

The convoys arrived weeks after the Ethiopian government and the rebel Tigray People’s Liberation Front (TPLF) conditionally agreed to a cessation of hostilities and unhindered delivery of humanitarian aid into the region.

The TPLF and the Ethiopian National Defense Force, backed by allied forces, have been engaged in a nearly 18-month conflict that has reportedly left tens of thousands of people dead and millions in urgent need of humanitarian assistance.

The Ethiopian parliament designated the TPLF as a terrorist organization in May 2021.