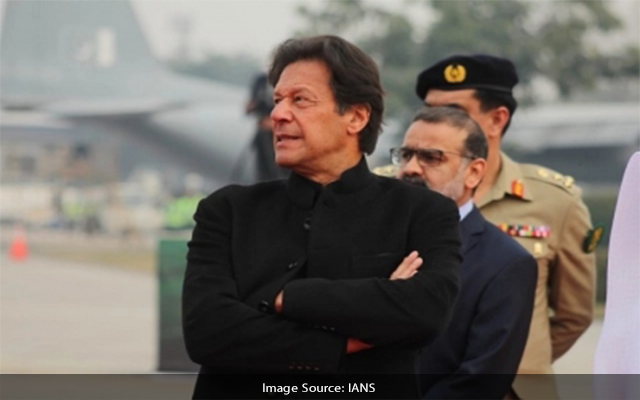 Photo Credit :
Islamabad: Former Pakistan Prime Minister Imran Khan received 58 gifts of more than Rs 140 million from the world leaders during his three-and-a-half-year stint and retained all of them either by paying a negligible amount or even without any payment, The News reported.

The most expensive among them were, according to Prime Minister Shehbaz Sharif, sold in Dubai. Information obtained by The News suggests that Imran had to pay in order to retain 15 expensive gifts. He paid Rs 38 million for the gifts valued at Rs 140 million and other gifts worth Rs 8,00,200 were retained without making any payment.

Among the most expensive was one set of gifts he had received after his inauguration as the prime minister in August 2018. It included the Graff watch of Rs 85 million that was received together with cufflinks of Rs 5.67 million, a pen of Rs 1.5 million and a ring of Rs 8.75 million.

Their price assessment was made by the evaluation committee set up by him. All these gifts which had a total value of around Rs 100 million were retained by Imran Khan in September 2018 by paying 20 per cent (Rs 20 million) of their estimated value, The News reported.

They were subsequently sold in Dubai earning Rs 155 million, alleged Pak Prime Minister Shehbaz Sharif. It has to be determined who paid for their retention, whether Imran Khan paid any capital gains tax or not.

According to the rules, a gift received by a government functionary from a leader of another country is deposited with the treasury. Those interested to retain the gift can do so by paying a certain amount of the value, which was 20 per cent at the time Imran Khan had retained the above-mentioned gifts. The rules were revised in December 2018 that required the payment of 50 per cent to retain these gifts.

As far as the other gifts retained by Imran Khan are concerned, a set of gifts containing a Rolex watch, a pair of cufflinks, one ring and one box containing necklace, bracelet, and a pair of earrings was valued at Rs 23.5 million and it was retained through Rs 11.5 million. By that time, the rules were revised and retention could be done through payment of 50 per cent of the total value. The other gifts included a Rolex watch worth Rs 3.8 million, which he had retained in October 2018 by paying around Rs 7,54,000. Another Rolex watch of Rs 1.5 million was retained in return of Rs 2,94,000. Another set of gifts included a couple of Rolex watches, iPhone and other items worth Rs 1.73 million, which was retained for Rs 3,38,600.