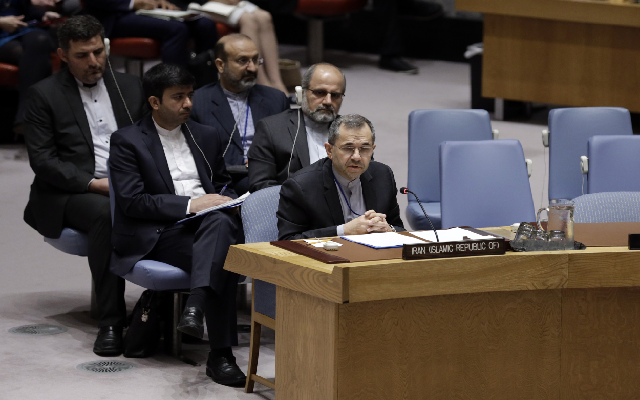 Tehran: Majid Takht-Ravanchi, Iran’s Ambassador and Permanent Representative to the UN, said that negotiations were underway between Tehran and the world body to lift the suspension of the country’s voting rights at the General Assembly and enable the Islamic Republic to pay its membership dues.

He noted that Iran, as an active UN member, has always been committed to paying up its membership dues on time and has proven this in practice.

Takht-Ravanchi’s remarks came as Iran has failed to pay its membership fee for the second consecutive year due to the sanctions imposed by the US.

He stressed that sanctions have not only undermined Iran’s ability to purchase humanitarian items and medical devices, but are also impeding the UN’s work.

“Last year, we eventually managed to resolve the issue through our resources abroad following our negotiations with UN officials,” the envoy added.

Iran’s failure to pay up its membership fee on time is not due to a lack of resources, he stressed, saying resources are available.

Takht-Ravanchi noted it’s the US that prevents Iran from the timely fulfilment of its commitments, adding that “we solely need to find a safe channel to be able to get the work done as soon as possible”.

UN Secretary-General Antonio Guterres announced earlier this month that Iran and seven other countries have had their voting rights suspended over late dues.

Under the UN Charter, if a member country’s arrears are equal to or exceed the dues amount it should have paid over the preceding two years, its voting rights are suspended until the payment is made.

The minimum figure Iran needs to pay now to restore its rights reportedly amounts to at least $18 million.

Iran had also lost its voting rights last year when the US sanctions had prevented access to its billions of assets frozen abroad.

The sanctions have been imposed since 2018 when former President Donald Trump withdrew from Iran’s 2015 nuclear deal with world powers.

Since April 2021, several rounds of talks have been held between Iran and the remaining parties, namely Russia, China, Britain, France, and Germany, in the Austrian capital of Vienna to restore the deal, officially known as the Joint Comprehensive Plan of Action.

Ticket for dog from producers: Rashmika laughs off report