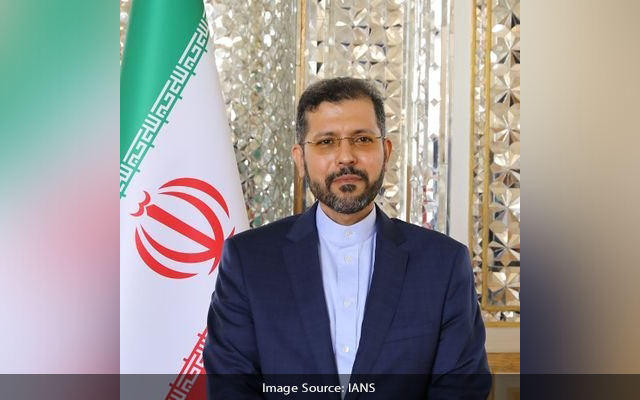 Tehran: An Iranian official slammed fresh sanctions imposed by the US on Iranian governmental agencies and officials.

Earlier on Tuesday, the US Treasury Department announced it was freezing assets and banning US nationals from engaging in business with agencies and individuals from several countries, on grounds of alleged “repression and undermining of democracy.”

Among those sanctioned by Washington are the special units of Iran’s police, including its counter-terrorism force, two state prisons, and a number of officials and military commanders.

In his reaction, the foreign ministry spokesman wrote that the US “fails to understand that ‘maximum failure’ and a diplomatic breakthrough are mutually exclusive.”

The new sanctions, Khatibzadeh added, will not strengthen Washington’s negotiating position in the process of reviving the 2015 nuclear agreement, formally known as the Joint Comprehensive Plan of Action (JCPOA).

The Vienna talks, which restarted on November 29 to revive JCPOA after a months-long hiatus, are scheduled to continue on Thursday.