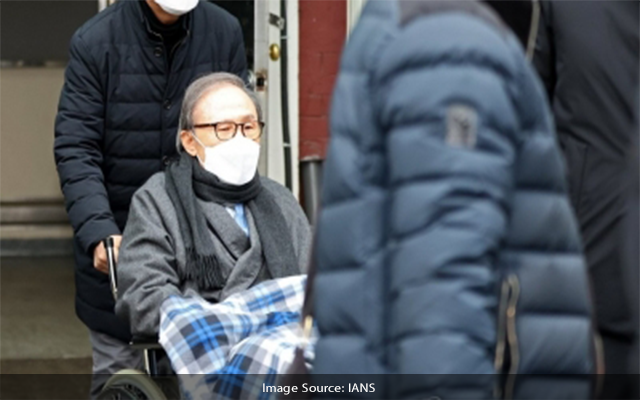 The 81-year-old was transferred to the Seoul National University Hospital from the Anyang Correctional Institution where he is serving a 17-year sentence for embezzlement and bribery convictions, Yonhap News Agency quoted the Ministry as saying.

Lee will undergo medical examinations for his chronic illness, and when he will be discharged from the hospital will not be disclosed for security reasons, Ministry officials said.

He visited a hospital three times last year for chronic diseases, including diabetes.

Lee, who served as President from 2008-2013, has been serving the sentence since the Supreme Court finalized the 17-year jail term in October 2020.

He was excluded from the recent presidential pardons for the new year, under which jailed former President Park Geun-hye was set free.