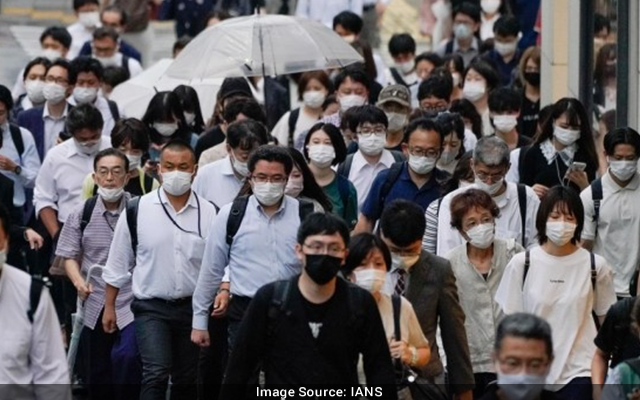 Tokyo: The Japanese government has approved a tax plan for the fiscal year 2022, which focused on encouraging businesses to raise wages through tax incentives so as to boost household incomes and help lift consumption dampened by the Covid-19 pandemic.

Large corporations that hike wages by at least 3 per cent will be eligible for tax reductions, while for small businesses, raising at least 1.5 per cent is needed, reports Xinhua news agency.

At the same time, some key issues, including a hike in the capital gains tax and the introduction of a carbon tax to accelerate the decarbonisation drive in Japan, were left untouched.

The ruling coalition, Liberal Democratic Party and its junior coalition partner Komeito, will submit the necessary bills to the ordinary Diet session to be held in January.

Starting in April 2022 with a two-year effective period from the fiscal year 2022, the new taxation scheme to facilitate pay hikes will offer a tax deduction of up to 30 per cent for large firms and 40 percent for small companies, depending on the level of increase in wages and investment in employee training.

According to the Japanese Trade Union Confederation, the average wage increase was 1.78 per cent for the current fiscal year.

“It is our challenge to make pay hikes a long-term development, not just a one-off achievement,” Finance Minister Shunichi Suzuki told reporters here.

As for other areas, the current tax rate for the capital gains and dividends will be maintained at 20 per cent.

Kishida has said raising that tax rate would be an option but later took back the idea due to concerns over its impact on the stock market.

The plan said the government would continue to examine the financial income taxation.

The latest plan did not include anything related to the carbon tax, which the ruling parties had been eyeing to introduce for greenhouse gases reduction purposes.

The tax package will also introduce duties on major firms operating internationally regardless of their physical presence, as well as a common minimum tax rate of at least 15 per cent.