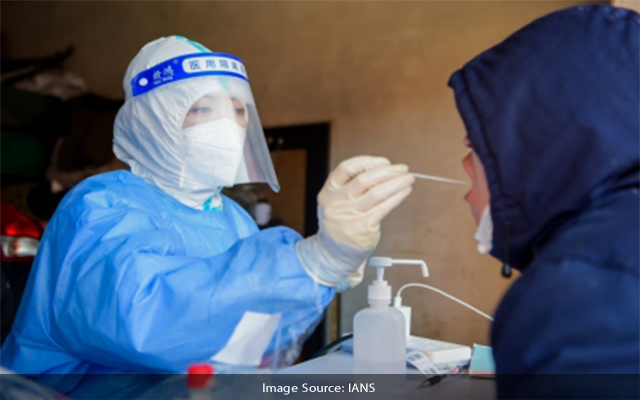 Tokyo: As Japan grapples to deal with a nationwide surge in Covid-19 cases, senior government officials said on Monday that 30 of the country’s 47 prefectures will be placed under a quasi-state of emergency in the coming days.

Following Prime Minister Fumio Kishida holding talks with Cabinet ministers later in the day regarding the latest prefectures requesting to be placed under the Covid-19 emergency measure, a formal decision on the matter will likely be announced Tuesday, Xinhua news agency reported citing informed sources.

“We will respond with well-balanced measures based on the nature of the Omicron strain by enhancing the procedural flow of prevention, detection and early treatment,” Kishida told a lower house budget committee session on Monday.

The final decision will come after the government holding talks with its advisory panel of virus experts, who, after green-lighting the plan, will likely allow more prefectures to take more stringent anti-virus measures along with the 16 prefectures already under the virus emergency measure as of Monday.

The move comes after nationwide Covid-19 cases surged to a record 54,576 on Saturday as the highly-transmissible Omicron virus variant continues to wreak havoc up and down the country.

A quasi-state of emergency allows prefectural governors and officials to implement stricter anti-viral measures, such as requesting eateries and bars to close earlier and refrain from serving alcohol, as well as large indoor and outdoor venues to cap the number of attendees at events, among others.