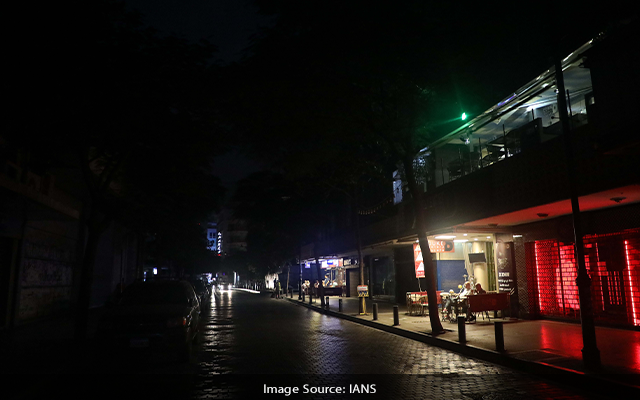 Beirut: Lebanon’s electricity grid has shut down all over the country as the two main power stations of al-Zahrani and Deir Ammar ran out of fuel, local news website Elnashra reported.

The thermoelectric plant stopped at Zahrani power station on Saturday October 9 while the Deir Ammar plant stopped on Friday due to a fuel shortage, reports Xinhua news agency citing the website as saying.

It has been reported that the power outage will last for a few days.

On Saturday, Lebanon’s state electricity company renewed its warning that the country will face total blackout if the Central Bank fails to buy fuel oil to run the power plants.

Lebanon has been suffering from a shortage of fuel in light of its financial crisis which forced thousands of businesses to shut their doors while most of the citizens rely on private generators.