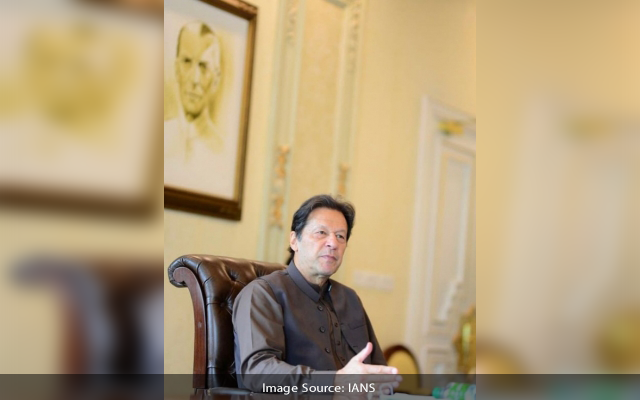 Islamabad: Pakistan Prime Minister Imran Khan said in his address to the nation on Thursday March 31 evening that the foreign forces have “developed a liking for” Shehbaz Sharif, Fazlur Rehman and Asif Ali Zardari as they “know where their money and properties are” and “in their 10 years, 400 drone attacks happened but they did not condemn them once”, Dawn reported.

“The most disturbing thing is that they (foreign forces) have links with the people through whom the conspiracy (no-trust motion) happened. They are stooges, and stooges mean loyal slaves,” he said.

Khan then addressed Shahbaz Sharif’s criticism of him saying “absolutely not” to the United States in response to the latter’s reported demand of having military bases in Pakistan.

“I only said that ‘we are with you in peace but not in war’, because our foreign policy is independent. I don’t talk against anyone. I only say that my biggest responsibility are the 220 million Pakistanis. When did you (Shehbaz) take a stand… you and your brother (Nawaz Sharif) can never talk, they know where your assets are,” Khan said.

The Prime Minister then addressed the no-trust motion moved against him – the voting on which will take place this Sunday.

“On Sunday, there will be a voting and a decision will be taken on the direction of this country. Somebody suggested that I should resign. I always fight till the last ball. I want the entire nation to see on that day that who sold their conscience.

“I tell these people who have taken the deals that this will be stamped on you, the people will neither forget nor forgive you. Neither will they forgive those who are handling you. The people will always remember that you sold your country. Through a foreign conspiracy, you tried to topple a government that had an independent foreign policy,” Khan said.

“Mir Jafar and Mir Sadiq colluded with the Britishers and enslaved Bengal/Mysore. These (his party’s dissidents) are Mir Jafars and Mir Sadiqs of today. They have colluded with foreign powers and are bringing a change in this country, but remember that the nation will not forget you and the future generations will not forgive you.

“And if you think you will make this conspiracy successful… [know that] I will still be standing. It is my commitment to my nation that I will fight this till I have blood running in me. This doesn’t affect my life. I live in my home and bear my expenses. I have neither built any factories nor any of my relatives are in politics,” Khan said.

“But the treason that is going to happen against this nation on Sunday, I want you to remember the face of every traitor. This nation will not forget this and will not forgive you and those behind you,” he added.