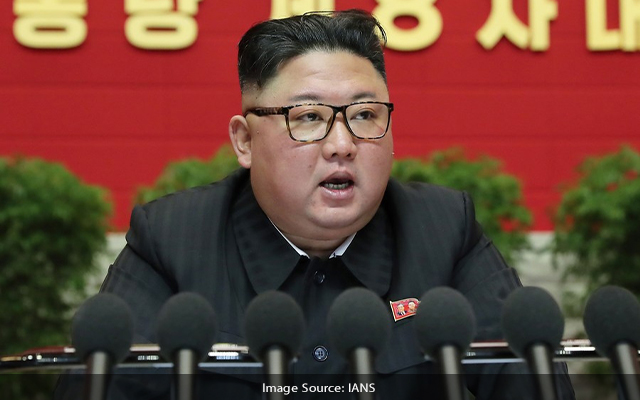 According to Pyongyang’s official Korean Central News Agency (KCNA), Kim made the comments as he held a photo session with officials and scientists who contributed to the “successful” test-firing of the new Hwasong-17 intercontinental ballistic missile (ICBM) on March 24, which ended the North’s self-imposed moratorium on long-range missile testing that had been in place since November 2017, reports Yonhap News Agency.

“We must be strong under whatever circumstances to defend peace, accelerate socialist construction and be responsible for the security of the rising generations, free from any threat,” KCNA quoted Kim as saying.

He added that Pyongyang will “continue to attain the goal of reinforcing national defence capabilities, develop more of powerful strike means to make our People’s Army equip with them.”

Kim also emphasized that a country can prevent a war and guarantee its security only when it is equipped with “formidable striking capabilities” and “overwhelming military power that cannot be stopped by anyone.”

South Korea and the US believe the North tested a Hwasong-15 ICBM, the same type it fired in late 2017, and disguised its launch as that of a Hwasong-17, informed sources said on Sunday, after an analysis of the missile’s engine nozzles and engine combustion time.

The March 24 launch was the latest show of force by North Korea this year following 11 previous rounds of missile tests.