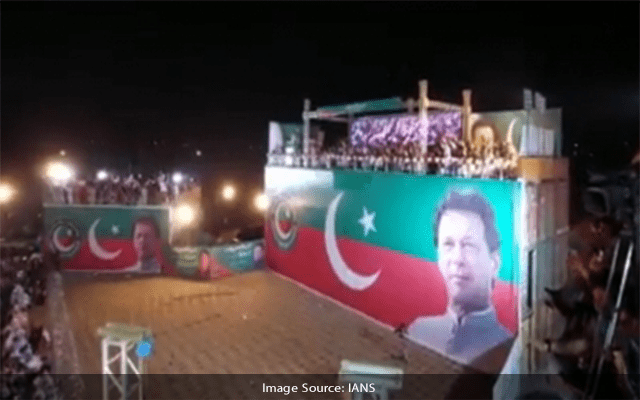 Islamabad: Pakistan is on a political precipice with President Arif Alvi dissolving the National Assembly on the advice of Prime Minister Imran Khan.

A no-confidence motion (NCM) against the government was rejected by the Deputy Speaker of the National Assembly (NA) who cited the ‘conspiracy’ by the US as the reason.

The Supreme Court has, however, taken suo moto notice and indications are that last word may not have been said on the festering dispute between Khan and his political opponents.

Pakistani legal experts have, among many reasons, stated that a Prime Minister cannot seek the House’s dissolution when his/her parlliamentary majority support has been questioned.

The apex court had earlier rejected a petition seeking rejection of the NCM citing the ‘conspiracy’ charge. It had also returned the presidential reference that required it to rule on the right of an elected lawmaker to vote against his/her party in the house.

Khan stayed defiant, even self-righteous, and repeated his charge during an address to the nation after the NA proceedings.

The critics, however, say that Khan and his supporters in and outside the government have violated several established democratic and constitutional norms to obviate a certain defeat in the NA on Sunday.

A day before the crucial voting on the NCM, a call asking supporters to come out on the streets and lay a siege on the seat of power in Islamabad came from Khan himself. His party workers did so in many cities across the country. Khan hoped to sabotage the Opposition’s move that had been scheduled after many delays and diversionary tactics by the government side.

The situation could lead to violence and bloodshed since the opposition too, especially the Islamist activists of Maulana Fazlur Rahman, the opposition alliance convener, are also converging on the venue. However, thousands of soldiers and policemen sanitized the venue of the National Assembly.

Alarming media reports had said the dissident lawmakers could be attacked and even abducted as they proceeded to the Assembly to prevent them from voting. To prevent this, security forces, including 111 Brigade of the Army that guards Islamabad, took control.

To survive in office by any means, Khan has been defying his mentors, the top military brass that engineered the 2018 elections and put him in power at the head of an uneasy coalition. The military had made him the proxy in its effort to keep out established political parties, but Khan failed to deliver. The army had ‘signalled’ the rebellion, analysts say, and wanted to see him out to save its own face.

On the eve of the vote that he was most likely to lose, but did not materialise, Khan dragged in the army chief, Gen. Qamar Javed Bajwa and Gen. Nadeem Anjum, chief of the powerful ISI, who maintain a hands-off-politics stance. He went public on ‘options’ the two, that he called the “Establishment”, had suggested when they called at his residence at his request, and indicated that he was defying them.

Khan’s worst defiance, however, has been continued name-calling of the US, alleging that the latter has hatched a ‘conspiracy’ to oust him. Khan had on March 28 flaunted a cable from the Embassy in Washington, purportedly based on Pakistan ambassador’s talks with Donald Lu, US State Department’s Chinese-American official.

The US, Khan says, wants him out because of his ‘independent’ foreign policy, including his refusal to allow the Americans military facilities to operate in Afghanistan last year and by visiting Moscow when Russia launched military action in Ukraine.

Experts, domestic and foreign, have, however, rejected the ‘conspiracy’ theory as a red herring. He has, however, Khan persisted even after Gen. Bajwa, trying damage control, called the Russian action “an invasion” and said that Pakistan was against “camp politics”, meaning the tussle between the US/European Union and the Russia/China combine, being played in Ukraine.

The army is incensed with Khan for trying to divide the top brass. He dangled the carrot of a second extension to Bajwa who retires in November. As Bajwa would have then put in nine years in top office, a group of generals, both serving and retired, is active against Bajwa.

Indications are that with Khan, having bypassed the NCM, continuing in office, the situation is fraught with prospects of violence and lawlessness. He could spite his political opponents and defy the military, prompting a possible direct action. Either way, the military and now, the Supreme Court and other state institutions, have a tough task of governing a nation in political turmoil, economic distress and at cross with all its neighbours.