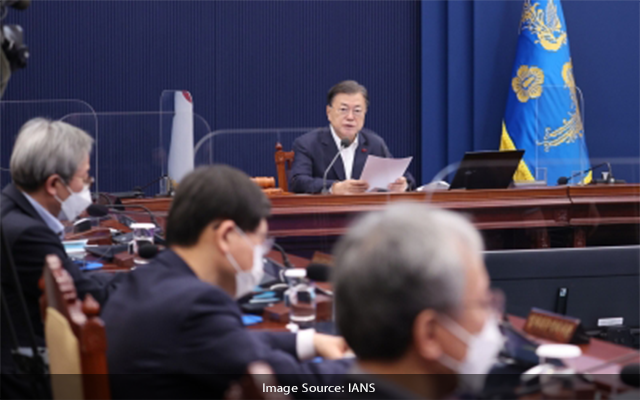 Seoul: President Moon Jae-in said Saturday January 1 he expects the upcoming presidential election in March to bring hope for the future, with people to vote in a tight race between two main candidates.

“An election to pick a new president lies ahead,” Moon said in a New Year’s message posted on social media, adding he “expects an election that assures hope for the future together with people,” reported Yonhap news agency.

The presidential election will be held on March 9, and recent polls showed that ruling party presidential candidate Lee Jae-myung had a lead over his main opposition rival Yoon Suk-yeol.

Moon, whose single five-year term ends in May, said he will continue to spare no efforts to make 2022 a year to leap forward as a leading nation until his term ends.

With the Covid-19 pandemic entering its third year, Moon expressed his gratitude toward public health workers for their hard work during the pandemic.

Moon also thanked small merchants and self-employed people who have braced for economic pains of the pandemic.

Tighter social distancing rules will be extended for another two weeks until January 16 as health authorities are grappling with a surge in critical cases amid concerns over the spread of the highly transmissible omicron variant.