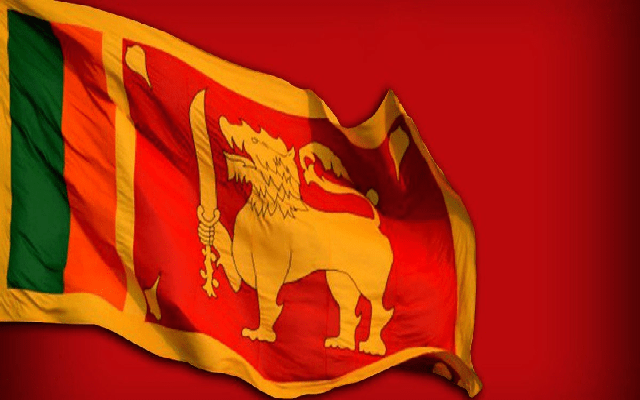 Colombo: Sri Lankan security forces, guarding capital Colombo, on Sunday April 3 blocked a protest march by Opposition leader and dozens of MPs to the main city square and dispersed several other public protests around the country held in defiance of the island-wide curfew imposed by President Gotabaya Rajapaksa.

Opposition leader Sajith Premadasa, together with several MPs, marched up to the Independence Square in the heart of Colombo, chanting slogans like “Gota, go home”. However, police and security had barricaded the entrance to the square from all sides and refused them entry.

“The curfew is illegal. There is no emergency situation to impose curfew. Do your duty to the people but not to one family,” Premadasa told police and military who blocked him.

Meanwhile, protests in several cities, including one by the University students in Kandy, was dispersed by police by firing teargas and water cannons.

However, in Colombo suburbs, opposition Marxist party Janatha Vimukthi Peramuna went ahead with a protest defying curfew and emergency law. Holding placards against the government, silent protests by public continued in front of their houses and along roads around the country.

President Rajapaksa imposed emergency and 36-hour long curfew from Saturday evening to thwart people getting on to the streets on Sunday against a month-long crisis without fuel, electricity, LP gas, medicine, and some basic food items. An island-wide protest was organised by apolitical masses, mainly youth via social media.

However, the Sri Lanka Human Rights Commission (SLHRC), lawyers, and Public Utilities Commission of Sri Lanka had protested the move and urged to withdraw social media ban. The SLHRC has stated the blanket closure of social media is not permissible under any circumstances, because it is not inciting the people. “The people are expressing their legitimate right,” its Chairperson said.

The Bar Association of Sri Lanka (BASL) has called upon the Telecommunication Regulatory Commission of Sri Lanka (TRCSL) to withdraw the ban imposed on social media purportedly on the advice of the Ministry of Defence.

Meanwhile, the mainline media reported on Sunday that the wife and eight other family
members of Prime Minister Mahinda Rajapaksa’s son Namal Rajapaksa had left the country for an undisclosed country, the media reported.

On the other hand, ending 10 to 13 hour long power cuts continuing for days was reduced to nearly 2 hours with the supply of 40,000 mt of fuel from India $500 million credit line to purchase fuel.

The PUCSL announced that the power cut could be reduced in the coming days.

PUCSL Chairman Janaka Ratnayake told he has received written confirmation from the Power and the Energy Ministries that fuel stocks would be allocated for power generation.

The PUCSL said Sri Lanka has received 12,000MT of diesel through the Indian Credit Line on Saturday and 6,000MT through Indian Oil Company (IOC).