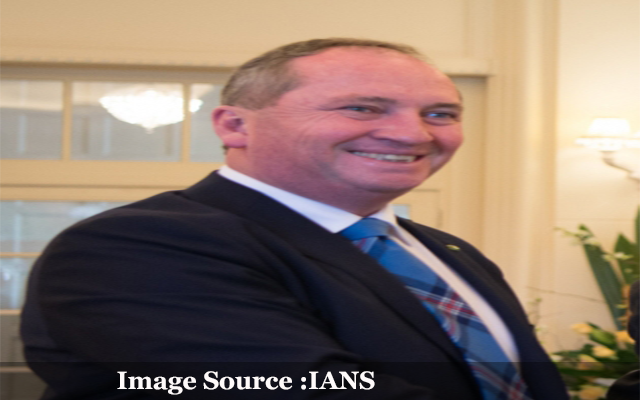 Members of the National Party, which forms the governing Coalition with the Liberal Party, met to hear from Angus Taylor, the minister for energy and emissions reduction, on the Liberals’ climate plan but were unable to reach a consensus position after four hours, Xinhua news agency reported on Monday.

It comes as Prime Minister Scott Morrison prepares to travel to Glasgow for the UN COP26 Climate Summit where he is expected to commit to a 2050 net zero target.

Members of the Nationals have pushed back against the move, warning it will jeopardise regional jobs in emissions-heavy industries such as mining and manufacturing.

Speaking ahead of the meeting, Nationals leader and Deputy Prime minister Joyce said the party would not be bullied into backing a net zero target and ruled out support for a more ambitious 2030 target.

Australia is currently aiming to reduce emissions by 26-28 per cent from the 2005 levels by 2030 but reports have suggested the new climate plan could include a revised target.