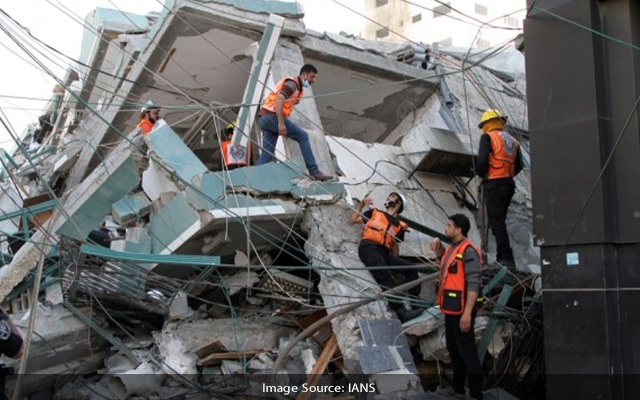 Gaza: Egypt has sent massive engineering equipment and crew to the Gaza Strip for its reconstruction after the 11-day devastating bloodshed in and around the Palestinian enclave last month.

The equipment, including a large number of trucks, bulldozers and cranes, will remove debris and rubble from the buildings that were destroyed during the 11-day Israeli airstrikes in Gaza, Xinhua news agency quoted local media reports as saying.

The aid comes after a pledge made by President Abdel-Fattah al-Sisi to contribute $500 million to help reconstruct Gaza with the participation of Egyptian companies.

On May, an Egypt-brokered ended the fighting between Israel and Gaza ruler Hamas, in which at least 250 Palestinians and 12 Israelis were killed, and thousands of homes and infrastructure partially or completely destroyed.