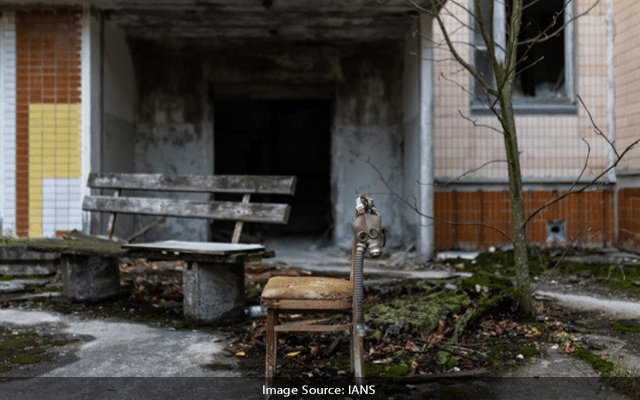 Kiev: A top Ukrainian official said the raging forest fires, which broke out in the Exclusion Zone of the now-defunct Chernobyl nuclear power plant due to active fighting in the area, cover more than 10,000 hectares now.

In a statement on Sunday March 27, Lyudmyla Denisova, the Commissioner for Human Rights to the Ukranian Parliament, said authorities have recorded a total of 31 fires which were” causing increased levels of radioactive particle pollution” reports Ukrayinska Pravda.

“Managing and putting out the fires is currently not possible due to the zone currently being occupied by Russian forces,” she added.

Denisova added that as a result of the fires, radionuclide, or unstable radioactive particles, are being released in the atmosphere, which can then be carried over great distance by the wind, which could greatly affect Ukraine, Belarus and bordering European nations.

“Due to the wind and dry weather, the intensity and area of the fires has increased,” she said and warned that the blaze could swell up to such a scale which will be very difficult to contain.

She further said the the fires were also posing a risk to the depleted nuclear fuel and nuclear waste within the Exclusion Zone, Ukrayinska Pravda reported.

Denisova also appealed to International Atomic Energy Agency (IAEA) to send experts and equipment to Ukraine to control the blaze quickly as possible in order “to avoid irreparable harm not just for Ukraine, but for the whole world”.

“This will be possible only after Russian forces halt the hostilities in the area. This is why I am also calling on the international human rights organisation to put pressure on the Russia to stop its aggression against Ukraine and de-occupy areas of increased environmental hazard.”

Chernobyl, the site of the world’s largest nuclear disaster, was captured by the Russian on the first day of Moscow’s invasion on February 24.