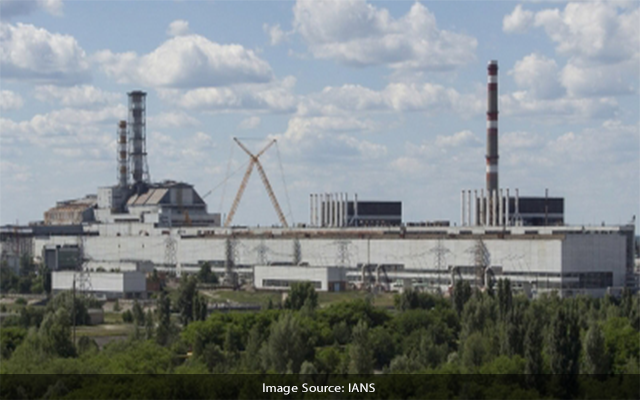 Vienna: Rafael Grossi, Director-General of the International Atomic Energy Agency (IAEA), will head an assistance mission to the now-defunct Chernobyl nuclear power plant in Ukraine aimed at stepping up efforts to help prevent the danger of a nuclear accident in the wake of the ongoing Moscow-Kiev war, the Vienna-based UN watchdog announced.

“The team of IAEA nuclear safety, security and safeguards staff will be in Chernobyl from April 26 to deliver vital equipment and conduct radiological and other assessments at the site, which was held by Russian forces for five weeks before they withdrew on March 31,” the Agency said in a statement published on its website on Friday.

According to Grossi, the IAEA team’s visit to the plant “will be of paramount importance for our activities to support Ukraine as it seeks to restore regulatory control of the plant and ensure its safe and secure operation”.

“It will be followed by more IAEA missions to this and other nuclear facilities in Ukraine in the coming weeks.”

During its visit, the team will provide the operator with different types of radiation monitoring equipment, including radionuclide identification devices and gamma dose rate meters, the statement said, adding personal protective equipment will also be delivered to the plant.

“Based on our scientific measurements and technical evaluations, we will be able to better understand the radiological situation there,” Grossi said.

Since the withdrawal of the Russian military from the Chernobyl plant, Ukraine has taken significant steps for the safe and secure operation of the site of world’s worst nuclear accident, where various radioactive waste management facilities are now located.

It has carried out the first rotation of staff in three weeks, and earlier this week it re-established direct communications between the plant and the nuclear regulator that had been down for more than a month.

But the general situation in the area around the site known as the Exclusion Zone remains difficult, in part due to damaged bridges and de-mining activities.