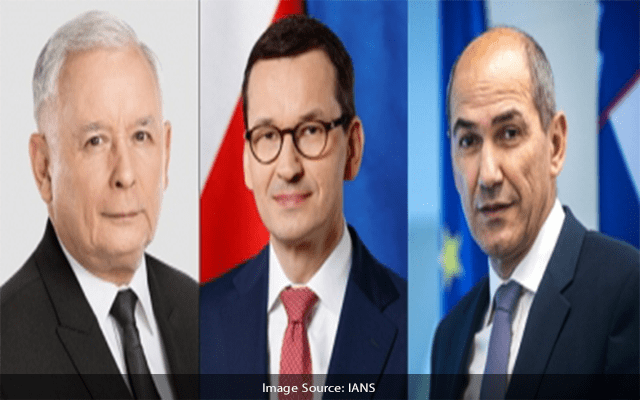 “About an hour ago, the train of the Prime Minister, Deputy Prime Minister for Security Jaroslaw Kaczynski, and the prime ministers of the Czech Republic and Slovenia crossed the Polish-Ukrainian border,” the office tweeted, RT reported.

The leaders are set to meet with Ukrainian President Volodymyr Zelenskyy and Prime Minister Denys Shmyhal in Kiev. The purpose of the meeting is to express the unequivocal support of the European Union towards Ukraine’s sovereignty and independence, and discuss a broad package of support measures.

According to Polish government spokesman Piotr Muller, the meeting was agreed upon after consultations with European Council President Charles Michel and European Commission President Ursula von der Leyen, for the purpose of sending “a strong signal for peace.”

Moscow attacked its neighbour on February 24, following a seven-year standoff over Ukraine’s failure to implement the terms of the Minsk agreements, and Russia’s eventual recognition of the Donbass republics in Donetsk and Lugansk.