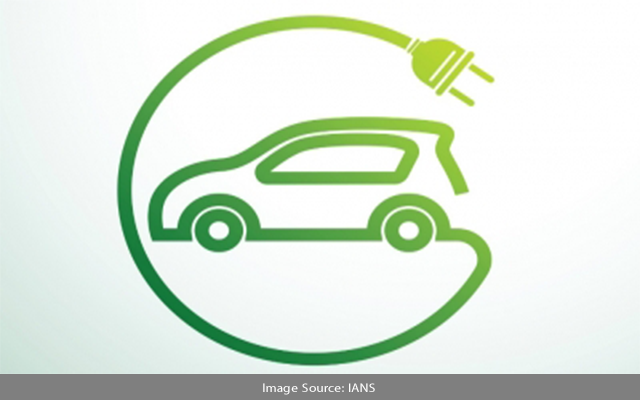 Glasgow: All new heavy goods vehicles in the UK will be zero-emission by 2040, the UK government said on Wednesday.

This, combined with the UK’s 2030 phase out for petrol and diesel cars and vans, represents a world-leading pledge to end the sale of all polluting road vehicles within the next two decades.

The UK will become the first country in the world to commit to phasing out new, non-zero emission heavy goods vehicles weighing 26 tonnes and under by 2035, with all new vehicles sold in the UK to be zero emission by 2040.

This comes as new research from Bloomberg New Energy Finance, commissioned by the UK COP Presidency and published on Wednesday, shows the progress made in the passenger vehicle market.

The research shows 31 per cent of the global passenger vehicle market is now covered by vehicle manufacturer commitments to end sales of fossil fuel-powered vehicles, up from a near zero share of the market at the start of 2021

The global sales of zero emission vehicles (ZEVs) have grown dramatically since 2019 from 2.1 million to 5.3 million

ZEVs are forecast to be 70 per cent of all new car sales in 2040, with this projection having doubled in the last 5 years.

A group of ministers and industry leaders committed to working towards 100 per cent zero emission new car and van sales by 2040 or earlier at Transport Day at COP26.

Twenty four countries, six major vehicle manufacturers (GM, Ford, Mercedes, BYD, Volvo, JLR), 39 cities, states and regions, 28 fleets and 13 investors all jointly set out their determination for all new car and van sales to be zero emission by 2040 globally and 2035 in leading markets.

In this group, companies like Sainsbury’s and countries including El Salvador and New Zealand are making new commitments to 100 per cent zero emission vehicles.

They follow proposals made by the EU, Chile, Canada and a number of US states this year to ensure all new cars are zero emission by 2035.

Also announced on Wednesday a number of emerging markets and developing economies have committed to work to accelerate the adoption of zero-emission vehicles in their markets, including India, Ghana, Kenya, Paraguay, Rwanda, and Turkey.

The UK government is also unveiling a new design for electric vehicle chargepoints, which could become as iconic as the Great British post box, London bus or black cab.

Showcased in the UK Pavilion at COP26 and designed together with the Royal College of Art and PA Consulting, the concept prioritises inclusivity and ease of use, designed with consumers, local government, accessibility groups and industry.

The design concept will provide greater choice to industry and local government, as well as raise awareness and generate excitement around electric vehicles, as we build one of the most convenient, affordable and reliable charging networks in the world.

This builds on the goal to make sure everyone benefits from the transition to zero emission transport. ZEVs are already cheaper to run in the UK than petrol or diesel cars and are expected to become cheaper to buy in the coming years.

As one of the new Glasgow Breakthroughs launched by the Prime Minister at the World Leaders Summit, 30 countries have agreed to work together to make zero emission vehicles the new normal by making them accessible, affordable, and sustainable in all regions by 2030 or sooner.