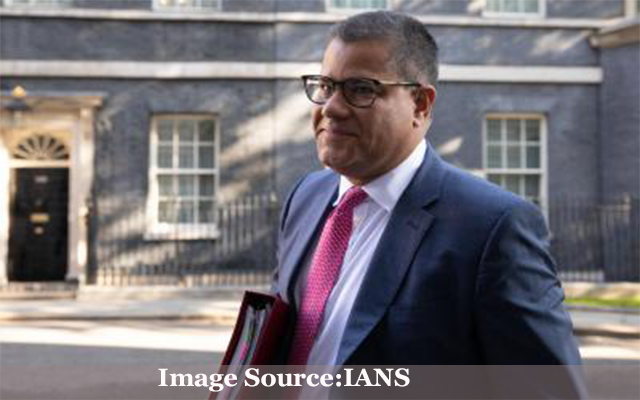 New Delhi: Climate change adaptation and loss and damage, associated with the adverse effects of climate change, are among the priority thematic areas of work that the host UK planned in partnership with India when world leaders gather this month in Scotland’s largest city Glasgow for upcoming COP26 — the 2021 edition of the UN Annual Climate Change Conference.

Many believe the upcoming summit is to be the world’s best last chance to get runaway climate change under control.

“We have a day on adaptation and loss and damage, with events held in partnership with the governments of India, Jamaica and Bangladesh,” COP26 President Alok Sharma announced while sets out a series of events that will take place in the UK Presidency Pavilion over the vital two weeks of COP26.

“And we have a whole day dedicated to finance, with numerous events focussing on both the public and private sectors, covering everything from overcoming barriers to investment in developing countries to building the foundations of a net zero financial system.

“Civil society, private finance, and business, including our fantastic COP26 partners, are a strong feature throughout the programme, and we have a dedicated cities and regions day packed with exciting events,” he said.

At an event planned on World leaders’ Summit on November 1, the UK and India will co-chair the Coalition for Disaster Resilient Infrastructure (CDRI), a group of 26 countries, and seven international organizations, aimed at promoting resilient infrastructure through cutting-edge research and innovations.

At this event, Ministers from the UK, India and key CDRI members (Japan, the US, Australia, UN organisations, Small Island Developing States), and representatives from the private sector, will reiterate their commitment to making infrastructure more resilient to climate related disasters.

The CDRI will present the case for renewed investment in resilient infrastructure, and the scope of its upcoming flagship report (due for publication in 2022).

The world must adapt to the damaging effects of climate change and build more resilience to disasters. Two-thirds of economic losses from disasters are associated with infrastructure damage.

Elaborating the programme sets out the exciting series of events that will take place in the UK Presidency Pavilion, curated to support the longstanding goals of the UK’s COP26 presidency, Sharma said the first of these goals is to drive down global emissions to keep alive the crucial Paris Agreement aim of limiting global temperature rises to well below 2 degrees C, and as close as possible to 1.5C.

This includes driving action on power, transport, deforestation and methane.

“Secondly, we aim to protect people and nature from the impacts of climate change through adaptation. Third, we aim to get finance flowing to climate action. And fourth, we must work together to achieve our aims, bringing all of society on board behind COP26,” Sharma said in a forward.

To accelerate the deployment of offshore wind in emerging markets, the UK is hosting an event on November 4 at the pavilion.

The UK has installed more offshore wind capacity than any other country and is supporting the joint ESMAP-IFC Offshore Wind Development Programme to help emerging markets address these barriers.

This event will showcase how the ESMAP-IFC programme is currently working with over 10 emerging market governments, including Colombia, India, the Philippines, Sri Lanka, Turkey, and Vietnam, to accelerate the uptake of offshore wind by including it into the energy policies and strategies of these countries, and providing the preparatory work, through roadmaps and technical assistance, to build a pipeline of bankable projects.

On November 4, the UK government is launching the flagship report, The New Economics of Innovation and Transition, including case study examples of transformative energy policy initiatives from Brazil, China, India and the EU.

Glasgow will be the culmination of work by the UK Presidency and globally over the course of 2020 and 2021.

The UK has days dedicated to gender and youth, and inclusion features throughout the programme.

“We have, for example, events on gender responsive financing, and an event on deforestation held with Indigenous peoples and local communities during the World Leaders’ Summit,” said Sharma.

“Altogether, this two-week programme supports the global action we need over the next decade, which is so critical for our climate,” he added.