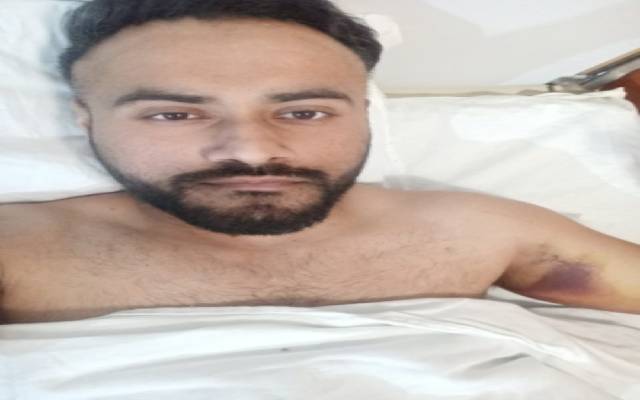 Kiev(Kyiv): Indian national Harjot Singh received bullet injuries while he was attempting to escape from the Ukrainian capital, and is currently in a Kiev hospital, where he is said to be “out of danger”.

Harjot’s brother Prabhjot Singh, who resides in Delhi’s Chhatarpur, told IANS: “The last conversation I had with Harjot was on February 26 at 9 p.m. I haven’t spoken to him since then. On Friday  March 2, at night, he contacted the family and informed them about his injuries.

“He informed that he was hit by three to four bullets while he was trying to leave Kiev. Local people took him to the hospital via ambulance and after four days, when he regained consciousness, he contacted the family with a doctor’s cellphone,” Prabhjot narrated.

“We also went to the embassy, gave them all the documents as Harjot has lost them when he was shot.”

Harjot’s family urged the government to evacuate him to Delhi as fast as possible for further treatment.

According to information, Harjot was trying to reach the border with his friends and was expected to catch a train from Kiev and reach Lviv somehow. However, he and his companions were not “allowed” to sit in the train.

He was shot at when he and his friends were coming out of the station. Harjot could not identify who fired the shots.