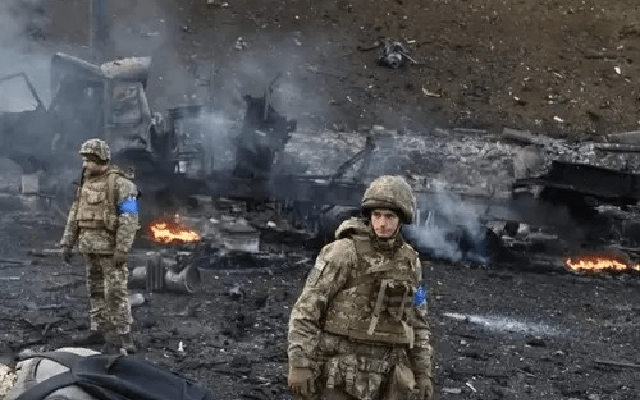 Kiev/Kyiv: Ukraine’s cyberpolice, a law enforcement agency within the Ministry of Internal Affairs, said it has blocked 1,500 Russian resources which had an audience of about 15 million people, in an attempt to stop propaganda information on Moscow’s ongoing war on Kiev.

In a statement issued on Friday, the agency said: “Citizens are actively helping law enforcement to counter the Russian occupiers on the information front. With the help of chatbots in the Telegram, users report hostile actions on the territory of our state, as well as detected propaganda and misinformation.”

On February 26, the cyberpolice had created the Telegram channel ‘StopRussiaChannel | MRIYA’ and Telegram bot, https://t.me/stopdrugsbot, which “helped counter pro-Russian propaganda and disinformation by sending complaints about dangerous content on social networks”.

“Almost 150,000 participants have joined the channel since its inception. They sent more than 3,200,000 complaints about various information resources of the occupiers,” the agency statement said.

“A total of 1,500 aggressor resources were blocked. The blocked channels had about 15 million audiences. Also, 3,178 publications justifying war crimes and the death of civilians in Ukraine were blocked separately.”

According to the cyberpolice, there is another special bot called the ‘People’s Avenger’ on Telegram, where users can report movement of the Russian forces, detect equipment, cases of looting, as well as the location of unexploded ordnance.

As of Thursday, more than 44,000 messages were received through the bot.