Beirut: The World Health Organization (WHO) warned that Lebanon’s healthcare sector is at risk of collapse due to a brain drain and a shortage of medical goods and fuel in the country.

“Almost 40 per cent of skilled medical doctors and almost 30 per cent of registered nurses left Lebanon either permanently or temporarily,” WHO said in a statement released on Sunday after a two-day visit to Beirut by the agency’s Director-General Tedros Adhanom Ghebreyesus.

It said that healthcare workers that have remained in the country are saving lives with the few resources, Xinhua news agency reported.

It added that fuel shortages are causing most hospitals to operate at only 50 per cent capacity, while basic and life-saving medicines are in short supply, with restrictions in foreign currency severely limiting importation of medicines and medical goods.

WHO reiterated its continued support to Lebanon.

“We remain committed to continuing our immediate, lifesaving work in Lebanon, while also planning for longer-term strategies for health…

“We can use this crisis as an opportunity to build a better health care system in Lebanon, and work with national authorities, partners, and the international community for positive health sector reform,” the global health body added. 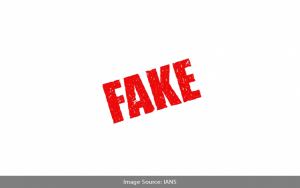