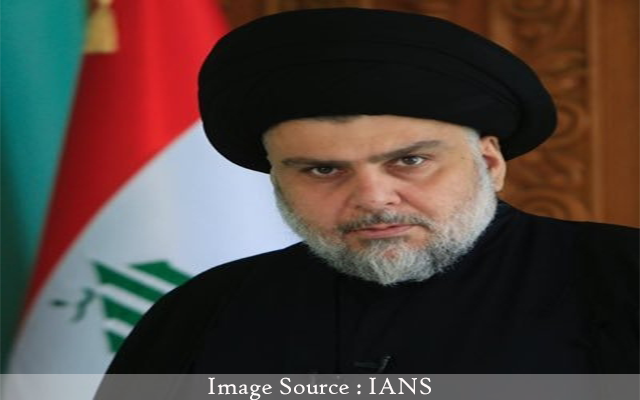 Baghdad: Iraq’s prominent Shia cleric Moqtada al-Sadr has set several conditions to deal with the US if his Sadrist Movement takes office.

One of the conditions is that the diplomatic relations between the US and Iraq should be “state-to-state with full sovereignty”, al-Sadr tweeted on Saturday, after his party appeared the frontrunner in the October 10 parliamentary elections.

Al-Sadr noted that the talks should be serious about the US troops’ withdrawal from Iraq, reports Xinhua news agency.

He also called on Washington not to interfere in internal affairs and to keep Iraq away from the regional conflicts.

On Monday, the Iraqi Independent High Electoral Commission announced the preliminary results of the elections, with the Sadrist Movement in the lead with more than 70 seats.

The Iraqi parliamentary elections, originally scheduled for 2022, were held in advance in response to months of protests against corruption, poor governance, and a lack of public services