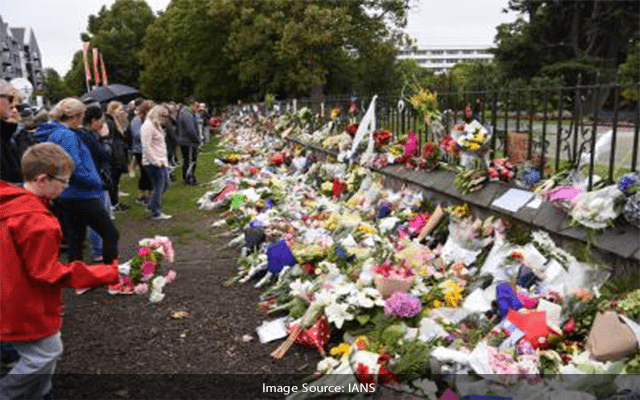 Wellington: New Zealand Prime Minister Jacinda Ardern on Tuesday remembered the victims of the 2019 Christchurch mosque shootings, which claimed the lives of 51 people.

“We will always remember and acknowledge the 51 ‘shaheed’ (martyr) who died as a result of the terrorist attack on 15 March. One way their memories are honored is through the work that is taking place to make our country a better home for all who live here,” Xinhua news agency quoted Ardern as saying in a statement.

Actions of counter-terrorism and counter-extremism were implemented after the shootings at the Al Noor and Linwood mosques on March 15, 2019, which also injured 40 people and traumatised many others, she said.

Ardern said just 10 days after the attack, a Royal Commission of Inquiry was established, providing 44 recommendations to ensure that New Zealand becomes a diverse, safe and inclusive country.

Work also continues in other areas, including the reform of gun licensing, she added.

Deemed as deadliest attack in New Zealand’s history, the attack was carried out by an Australian national Brenton Harrison Tarrant.

He had live-streamed the first shooting at the Al Noor Mosque on Facebook.

In March 2020, Tarrant pleaded guilty to 51 murders, 40 attempted murders, and engaging in a terrorist act, and in August was sentenced to life imprisonment without the possibility of parole – the first such sentence in New Zealand.