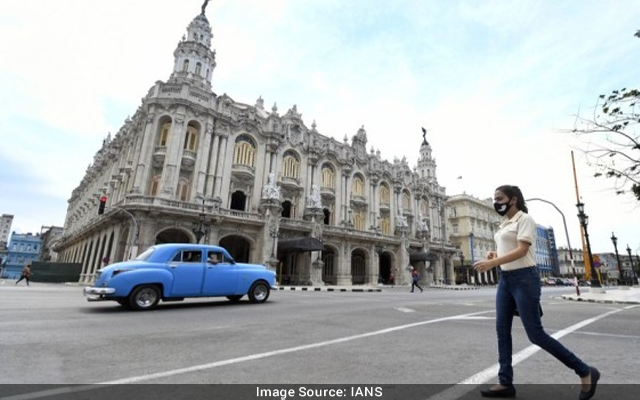 Havana: Cuba recorded its fourth consecutive day without Covid-19 deaths, remaining at 8,313 total deaths, while reporting 62 infections in the last 24 hours, for a total of 963,813 cases, the Ministry of Public Health has said.

In its daily report, the Ministry added that 309 Cubans remain hospitalised as active cases, a figure that decreases daily.

The province of Holguin reported the highest number of new daily cases, with 19 infections, followed by Camaguey with 10 cases, Xinhua news agency reported.

An accelerated mass vaccination campaign is underway on the island, with a little more than 9.3 million out of 11.2 million Cubans fully vaccinated so far, according to data from the Health Ministry.

The immunisation campaign is being carried out with the Cuban vaccines Abdala, Soberana-02 and Soberana Plus, three of five vaccines developed nationally.