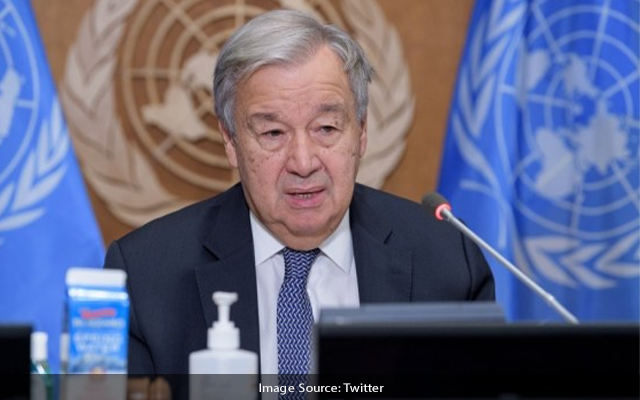 United Nations: Secretary-General Antonio Guterres has reiterated his call to stop any violence stemming from religious differences in India.

His Spokesperson Stephane Dujarric said on Tuesday that Guterres “is for the full respect of religion, for calling against any sort of hate speech or incitement and, of course, a halt to any sort of violence, especially one based on perceived religious differences and hatred.”

He was replying to a journalist’s question at his daily briefing on “the high tension” in India following the controversial statements about the Muslim Prophet Mohammed by two former BJP officials.

Nupur Sharma, who was a BJP spokesperson, has been suspended by the party’s leadership, and the party’s Delhi unit media head Naveen Jindal has been expelled.

Police in several cities have registered cases against Sharma charging her with “hurting religious sentiments”.