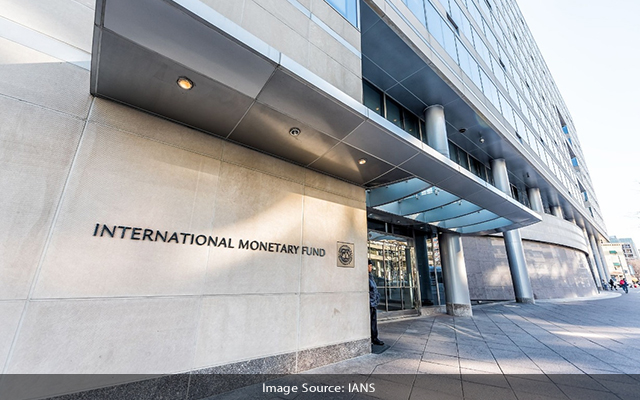 The economic fallout of the ongoing crisis is being transmitted through three key channels to the rest of the world: higher commodity prices, the impact on real incomes and the real economy, as well as the impact on financial conditions and business confidence, Georgieva told reporters at a virtual media roundtable on Thursday.

“Financial conditions have been already tightening in many countries with this pressure from especially oil and gas prices,” Georgieva said, adding those tightening measures might “go faster and go further” due to higher inflation, Xinhua news agency reported.

“And particularly troubling for emerging markets that may see the combined impact of a dent on business confidence and tightening conditions putting them in a more troubled place,” she said.

The IMF chief also warned that “if we are in a situation in which we cannot overcome tensions rapidly, we may see some negative impact on the multilateral capacity to cushion countries against crisis”.

“So our job at the Fund is to make sure that we keep the membership together because we live in a more shock prone world and we need strength of the collective to deal with shocks to come,” she added.

Gita Gopinath, the IMF’s First Deputy Managing Director, believed that the global system “will change in important ways” in the aftermath of the Ukraine crisis.

“You can see the change in the energy sector and you are seeing changes happening in terms of payment systems around the world,” Gopinath said, noting the current events could accelerate transitions towards central bank digital currencies and have important implications of what reserves countries decide to hold.

“It’s too early to tell how all of this will play out but I think it’s fair to say that there are some important consequences for the global economy.”

In an update to its World Economic Outlook report in January, the IMF had projected the global economy to grow by 4.4 per cent in 2022, down by 0.5 percentage point from October’s forecast.